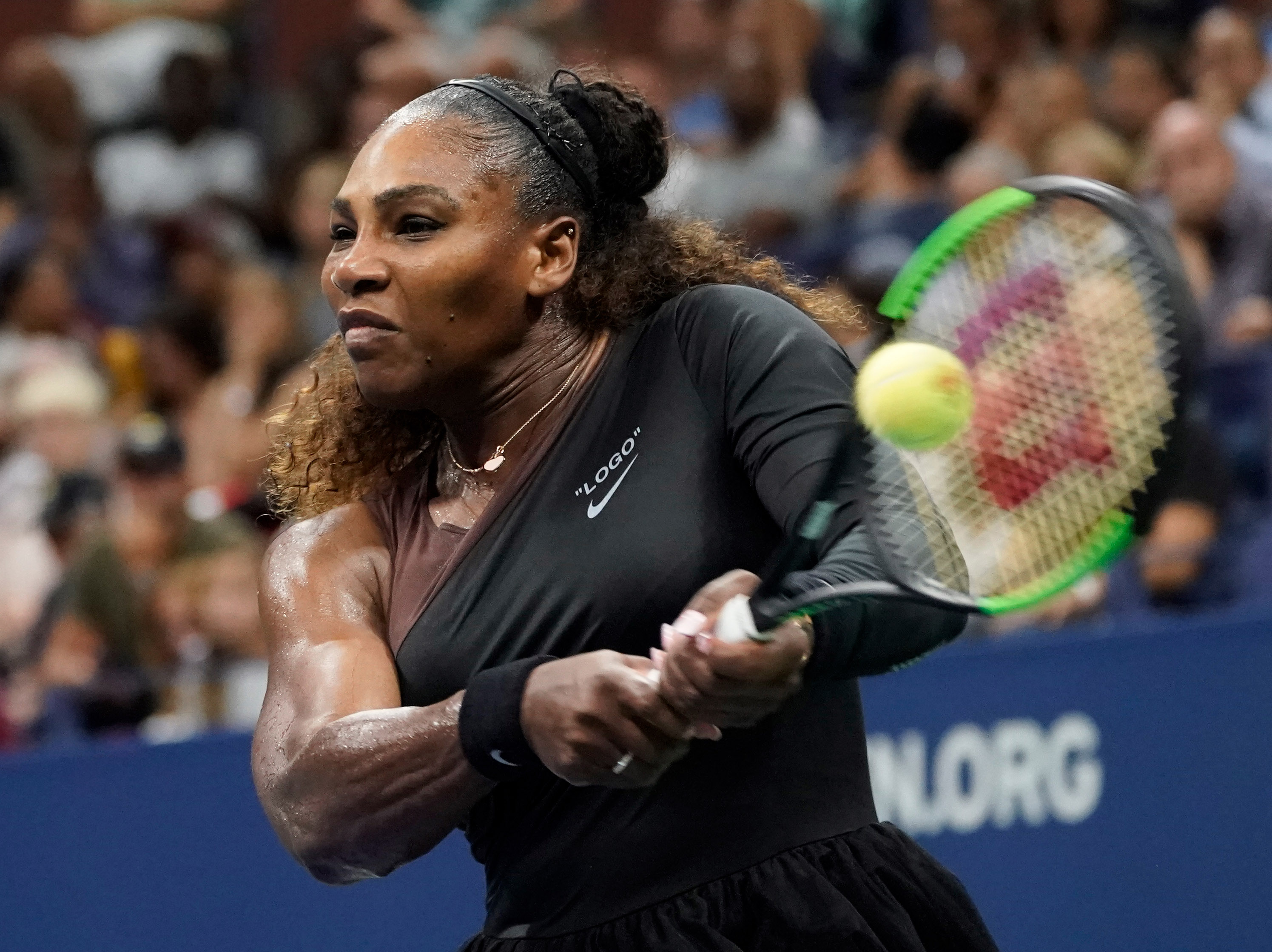 NEW YORK: Serena Williams crushed older sister Venus 6-1, 6-2 in a shockingly subdued third round clash at the U.S. Open on Friday to stay on track for a record equalling 24th Grand Slam title.
The meeting between the famed tennis siblings had been hyped as the biggest night of the U.S. Open but turned into a flat, uninspired spectacle as Serena simply outclassed her sister.
The only moment of suspense in a contest all but devoid of drama came in the second game when Serena rolled over on her ankle, drawing gasps from the sellout crowd.
Serena was able to continue but at the first changeover called a medical timeout and had her ankle heavily strapped.
In the end, though, the only pain being felt was by Venus, who suffered the equal worst defeat in 30 matches against her sister.
"I roll my ankles a lot so I just wanted to get it taped as tight as I could for the rest of the match and see how I feel tomorrow," Serena said in an on-court interview.
"This was my best match since my return. I've worked really hard for it... and hopefully everything will keep paying off," she added.
Seven times a Grand Slam winner, Venus held her opening serve but it was all downhill from there as a ruthless Serena swept through the next seven games to take the opening set in a breezy 31 minutes and a 2-0 lead in the second.
Venus would stop the skid holding her serve at 2-1 before Serena resumed the mugging by building a 5-1 lead before finishing off her sister with a thumping forehand winner.
The win was met with polite applause, a hug at the net otherwise their was no evident joy in the outcome.
The sellout crowd that surrounded Arthur Ashe Stadium was kept waiting to enter as world number one Rafa Nadal and Russian Karen Khachanov battled inside in a breath-taking clash that set the bar high for the main event.
The buzz was electric as the stadium filled and continued to build as the sisters arrived on the court under spotlights and rock music giving the contest the full big event treatment. Serena, back in all black with a leather biker jacket and tutu, and Venus, in a colourful dress, met at net but had few words for each as they posed for pre-match photos and headed to their respective ends. Both Venus and Serena accept that as two of the game's very best their will be times they have to play each other but also have made it clear that they find little joy in it.
"It's not easy, she's my best friend, she means the world to me and she's so supportive of my career," Serena said.
"Every time she loses, I feel like I do. It's not easy but it's a tournament and we all know that there's more to life than playing each other and playing tennis.
"I love her with all my heart and she's the reason I'm still out here."