Tennis: Del Potro eases past Verdasco into fourth round 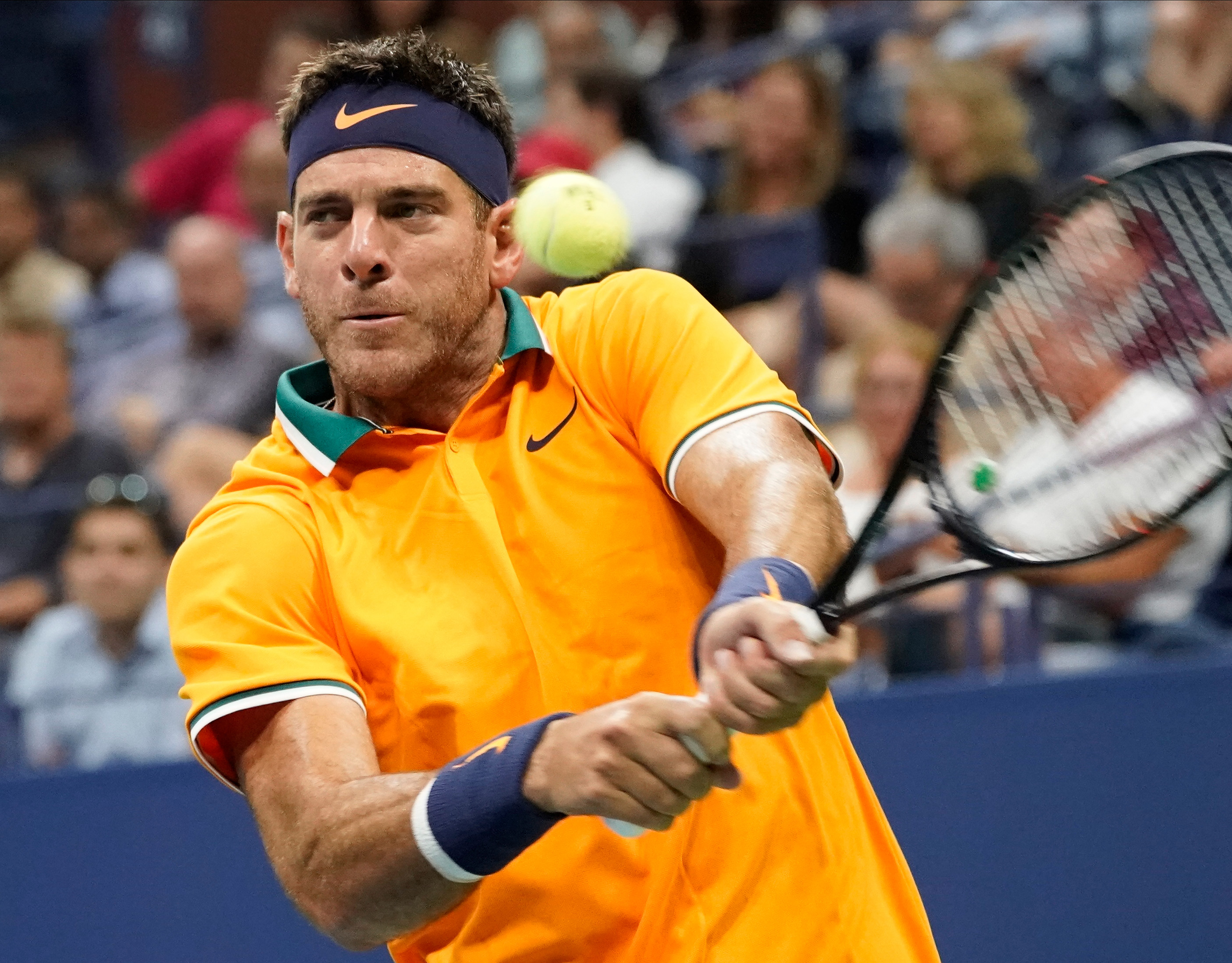 NEW YORK: Former champion Juan Martin del Potro put on assured display to register a straight-sets victory over Spanish veteran Fernando Verdasco in their third round encounter at the U.S. Open on Friday. The third seeded Argentine has yet to drop a set in New York but was pushed hard by the left-hander, who has a hard-earned reputation for being one of the trickiest opponents on the tour. Verdasco lasted two hours and 59 minutes at Arthur Ashe Stadium before he eventually succumbed 7-5, 7-6(8), 6-3 as the clock ticked past midnight at Flushing Meadows. "It was a really nice fight for both. We played three great sets tonight and people enjoyed the fight," 2009 champion Del Potro said in a courtside interview. "He was a good fighter tonight so I give all my best to him." Del Potro sent down 12 aces, 41 winners and won 80 percent of his first serves to reinforce the impression that he is fully fit and well on course to go deep at this year's tournament. Playing with freedom after a protracted struggle with a troublesome wrist that required multiple surgeries, he showed the confidence of someone at his peak, refusing to get rattled even when Verdasco started to make inroads on his serve. Cheered on by a raucous crowd that went through their repertoire of songs and chants between points to ensure an electric atmosphere throughout, Del Potro took four of the five break point chances he carved out and won 18 points at the net. His fourth round opponent is Croatian 20th seed Borna Coric, who beat Russia's Daniil Medvedev in straight sets earlier in the day. There was even time for Del Potro to discuss what he had been doing in his downtime after his matches and issue an invite to one of his idols, Bruce Springsteen, to come watch him play. "I'm very fond of 'The Boss' and I got lucky," Del Potro said. "I went to the theater on Broadway and after the concert I met him. It was almost like winning this title for me. Maybe he will come (to watch me play)." Raonic eases in last 16 Meanwhile, big-serving Canadian Milos Raonic halted former champion Stan Wawrinka's charge at the U.S. Open on Friday, beating the Swiss wildcard 7-6(6), 6-4, 6-3 to book his berth in the last 16. Wawrinka, making his first return to the site of his 2016 triumph since undergoing knee surgery, showed he was still shaking off the ring rust despite encouraging victories in the first two rounds. The first set went down to the wire with nothing to choose between the two rivals, neither of whom were unduly troubled on serve. Raonic lost the first three points of the tiebreak before recovering to level at 3-3 and showed great strength of character to save two set points before going on to claim the opener. "It was tough," the Canadian said in an on-court interview. "I was fortunate I got through that because I was falling behind in that tiebreak." Wawrinka, who had won four of his five previous matches against Raonic, could not match his opponent's intensity in the final two sets and paid the price for some poor shot selection. The 33-year-old is one of the best all-court players on the men's circuit and his one-handed backhand is matched only by that of his compatriot Roger Federer in terms of elegance. It let him down repeatedly on Friday, though, as Raonic, sensing a weakness, targeted that side and duly prospered. The Canadian serve-and-volley specialist made sure he stayed on the front foot throughout, firing down 14 aces to Wawrinka's four and coming to the net behind his booming serve 37 times with a success rate of 73 percent. "I've got to just keep getting sharper," added Raonic, who is seeded 25th. "I've got to find a way to get ahead a little earlier in the points and not get too defensive. "If I can play on my terms I can compete against anybody." Next up for the 27-year-old is a last-16 clash with American John Isner, the 11th seed, who beat Serbian Dusan Lajovic earlier in the day.