Cricket: Settled India have momentum on their side, says Kohli 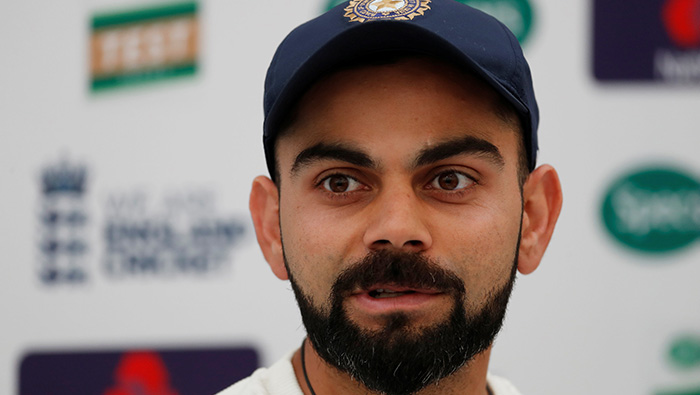 New Delhi: India are set to name an unchanged side for the fourth test against England as they look to build on the momentum of last week's victory at Trent Bridge, captain Virat Kohli has said.
After losing the first two tests, India recorded a dominant 203-run triumph in the third test of the five-match series to cut England's lead to 2-1 and are confident of levelling the series in Southampton.
"Seeing the way things are right now, we don't feel we need to change anything," Kohli told reporters ahead of Thursday's first day at the Ageas Bowl.
"Right now we are in a very exciting position, to have gained momentum playing like that when everyone thought it was going to be a clean sweep.
"We have spoken about making sure that we are relentless and ruthless. We cannot be satisfied at all with one victory only, because if Nottingham was hard work this is going to be even harder.
"England would want to come back strongly. We will have to be even better than at Nottingham to be able to get results our way."
Should India win the final three matches, they would become only the second team to win a five-test series from 2-0 down, emulating Don Bradman's Australia, who rallied to claim the 1936-37 Ashes against England.