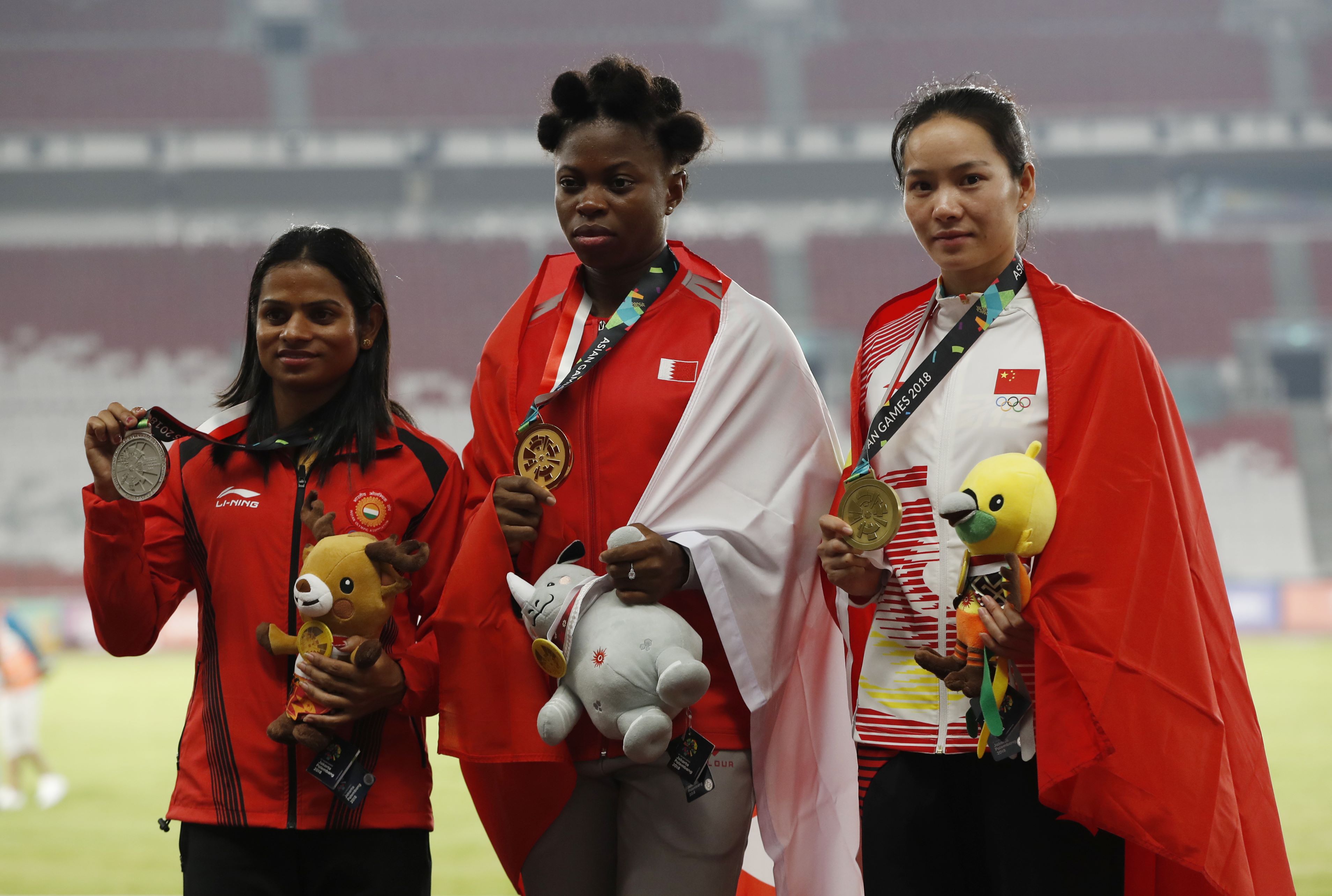 JAKARTA: Nigerian-born Edidiong Odiong of Bahrain pipped India's Dutee Chand for the second time in three days to win the women's 200 metres gold and claim the prestigious sprint double at the Asian Games on Wednesday.
Wei Yongli of China again came third to claim bronze in an exact repeat of the top three places in Sunday's 100m sprint final at the Gelora Bung Karno Stadium.
In the shorter sprint, the 21-year-old Odiong won in a photo-finish over India's Chand but was a clear winner on Wednesday, clocking 22.96 seconds.
She became the fourth woman to win the sprint double in a single Asian Games.
Chand, who was cleared to race in 2015 following a Court of Arbitration for Sport (CAS) ruling on gender testing guidelines, finished with a creditable double silver after finishing in 23.20 seconds.
"I am very happy to win two silver medals in sprint," Chand told reporters. "I achieved my personal best in the 200m semi-finals on Tuesday and gave my all. The body didn't recover sufficiently so I couldn't give a good timing in the final.
"But I am satisfied that I will be the first Indian woman to take back two individual silver medals from track. That's history for me."
Cash Award
The Lausanne-based CAS in 2016 suspended the governing International Association of Athletics Federations (IAAF) regulations regarding hyperandrogenism, a condition which produces high testosterone levels.
The 22-year-old from Odisha has long lived with the condition and for a year was unable to run in IAAF competition.
"God has given me lot of trouble from 2014 till 2017. I don't think any athlete has gone through what I have experienced," she said, adding that the chief minister of her state had already offered a cash award for her 100m silver.
"I want to thank everyone who helped me during my dark times. This wouldn't have been possible without their support."
China's Wei, who recently became the first Asian woman to break the 11 seconds barrier in the 100m, had to be satisfied with another bronze.
In the men's 200m final, Japan's Yuki Koike clocked 20.23 seconds to beat Taiwan's Yang Chunhan in a photo finish.
Earlier on Wednesday, China grabbed gold in the men's and women's 20km walk.
Yang Jiayu's women's gold means the country has won the event at each of the five Asian Games in which it has been held since 2002.
Wang Kaihua won the men's competition making it eight of the last nine Asian Games that China has bagged gold.