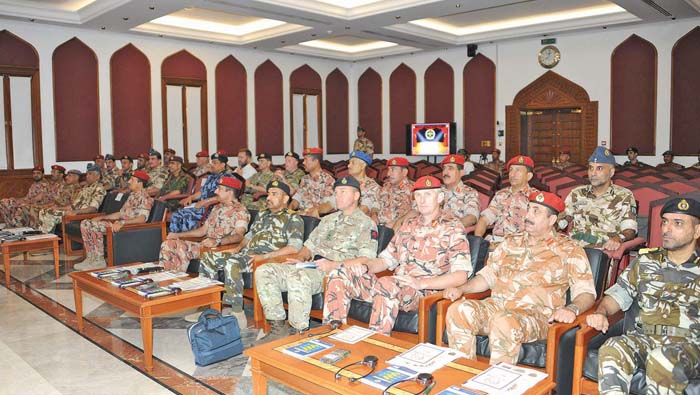 Muscat: The Command of the Sultan’s Armed Forces (COSAF) organised a preparatory seminar on the Omani-British Joint Exercise (Swift Sword 3) during which several lectures addressing several themes were presented within the framework of the joint military exercises and roles of the joint leadership.
The seminar was held under the patronage of Lt.Gen Ahmed bin Harith Al Nabhani, Chief of Staff of the Sultan’s Armed Forces (SAF) in the presence of commanders of SAF corps and other military and security units, senior officers of SAF and the United Kingdom armed forces.
Organising the seminar comes within the framework of preparing for the Swift Sword 3, which will be implemented by the Sultan’s Armed Forces and the British armed forces in the second half of next October, preceded by the national exercise (A’Shumookh 2), which will be carried out by the SAF, military and security apparatuses and government civil units.