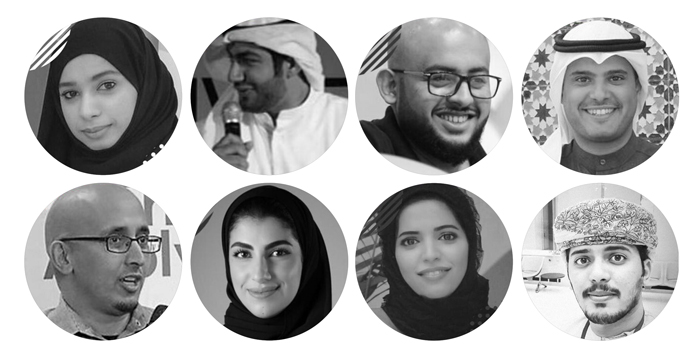 A convention in Salalah welcomed over 300 participants and members on August 25.
According to a statement given by the event organisers, “S.A.L: Start, Act, Lead is a platform for community development through creativity and innovation.”
Alya Al Shanfari, founder of Google Developer Group (GDG) Muscat and one of the speakers, said, “SAL is an annual conference in Salalah held to empower the community. This year, we at GDG Muscat partnered with them to create a bigger impact. It was titled Digital Art in Public Places.”
Faisal Al Mashani, who was part of the audience, said, “I heard about this event through social media, especially after checking out at SAL 2 last year. I am a fifth year student at SQU and head of the innovation society, so hearing that it was about creativity and innovation meant I had to be interested.”
Fadhila Alfaraj, a SAL co-founder and research analyst at the central bank of Oman, said, “Applications for digital art in public spaces are not expected to come soon. Our main intention behind tackling this topic was to introduce it to the public and discuss it with those in the development field for different projects within Oman. It’s important to highlight it at an early stage, for them to consider it while planning projects such as tourism projects and public services.”
“The conference was spectacular,” said Al Mashani. “I believe what stood out the most was a Google user presenting the plan to provide internet access to more than 100 thousand people in Puerto Rico.”
Towards the end of the conference, the audience was able to choose between workshops related to tech development and soft skills. Al Mashani chose the soft skills workshop. “As a leader myself, I felt like these were skills I sorely needed to develop. A leader needs to give off a sense of ‘team-building’. If there’s a fourth edition, I would love to see them focus on that.”
Ali Kashoob, a manager at Omantel, was among the speakers and led the workshop on soft skills. He said, “I aimed to show the audience how someone can develop and nurture leadership skills, particularly in relation to Small and Medium Enterprises. This is a personal and professional skill, particularly in the shifting landscapes of today, and yet, it is neglected because of company owners and people who believe that ‘leadership’ is something you are born with.”
Al Shanfari said, “SAL 3 had speakers from around MENA to demonstrate how we can use technology in public places. It was a great opportunity for the speakers to network, especially when held at the Sultan Qaboos Youth Complex for Culture & Entertainment.”
Al Shanfari’s talk started off with an introduction on what GDG/WTM programmes by Google are. “The second talk was titled ‘Get Started with Machine Learning’, where I highlighted the differences between Artificial Intelligence (AI), Machine Learning (ML) and Deep Learning (DL) and introduced how individuals can start building their own AI/ML apps by using existing tools with no prior knowledge needed as beginners and how to move to an advanced level.”
When asked where she would like to host another event, Alfaraj said, “Probably Muscat. The Salalah conference is only a touch of what this broad topic can bring in terms of discussions, talks, and applications.”