Real players must use heads to beat Wolfsburg - Zidane 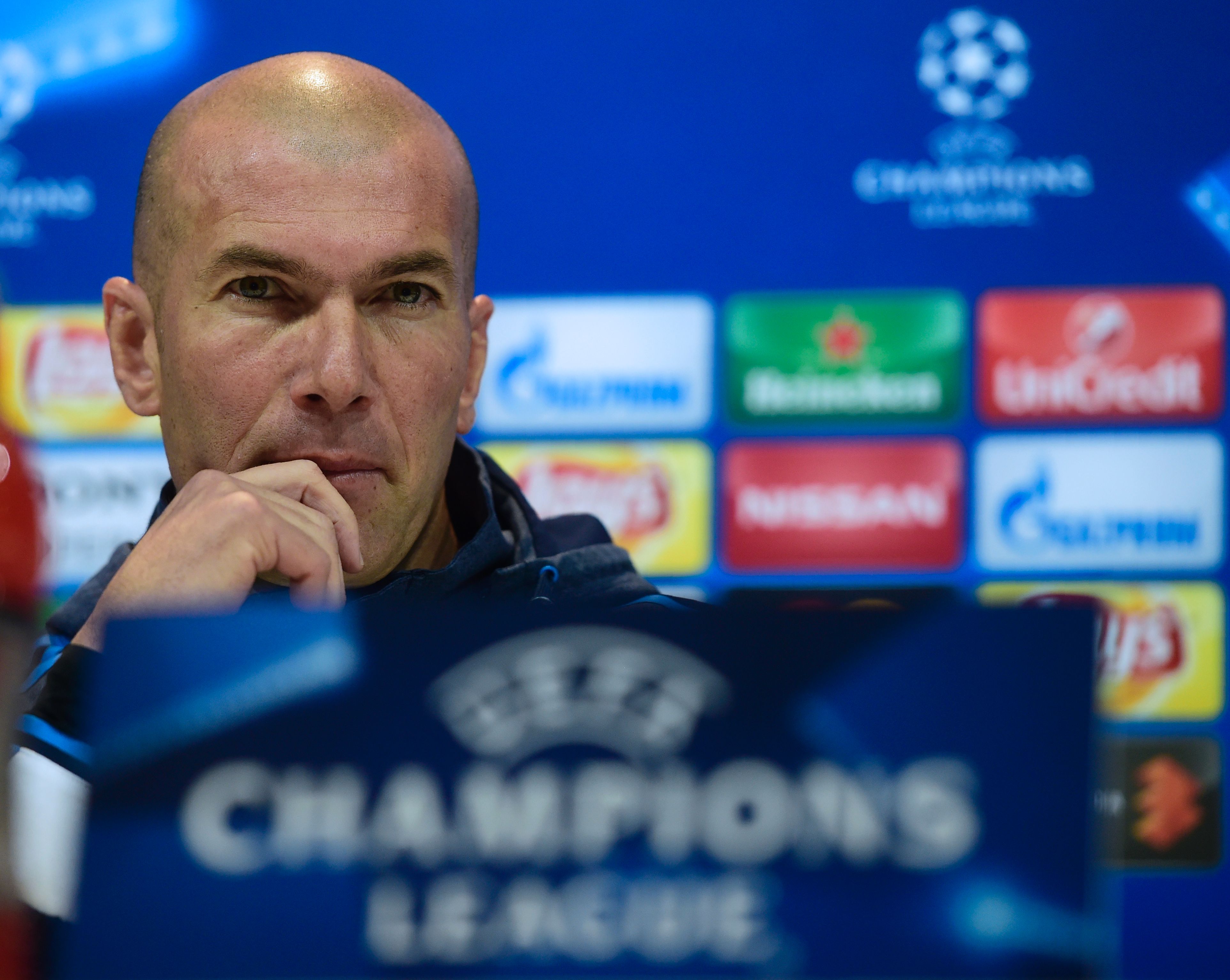 Barcelona: Real Madrid must play with patience against VfL Wolfsburg when they try to overturn a 2-0 deficit in Tuesday's Champions League quarter-final second leg, manager Zinedine Zidane said.
The Real players have cranked up the atmosphere before the match at the Bernabeu with defender Dani Carvajal saying it would be like a war, but Zidane is wary of his players becoming over-excited during the match.
"There are a lot of messages about firing ourselves up but we need the opposite, it's a hugely important game and we have to use our heads," Zidane told a news conference on Monday.
"We're not going to win the game in 10 or 15 minutes, and they could really complicate things if they score a goal. Anything can happen in football, but we have to be concentrated from the first minute.
"Above all we need to play football," he added.
"They (Wolfsburg) are going to start with intensity and we need the same intensity and it's going to be decided with the ball, how much we fight and run. Everyone is going to do that but the most important thing is we play football."
Zidane confirmed striker Karim Benzema is fit to start after being forced off in the first half at the Wolfsburg Arena with a knee injury and missing Madrid's 4-0 win over Eibar on Saturday.
Former midfielder Zidane was part of the last Real team to overturn a first-leg defeat in a Champions League knockout round, inspiring a 2-0 win over Bayern Munich in a quarter-final second leg in 2002 on their way to lifting the trophy.
"I remember that we won the game, this club has always had extraordinary comebacks and tomorrow's game is a chance for another one," Zidane said.
"I don't need to say too much to the players because they know exactly what's at stake. I've seen the faces of the players, they're very focused on the game and that's the most important thing."
Asked if the difficulty of the task of beating Wolfsburg by at least three goals would make it easier to accept being knocked out of the competition, Zidane gave a defiant response.
"This team is never prepared to not go through, we are always ready to continue and we always want to win more, we're the team with the most European Cups for a reason," he said.