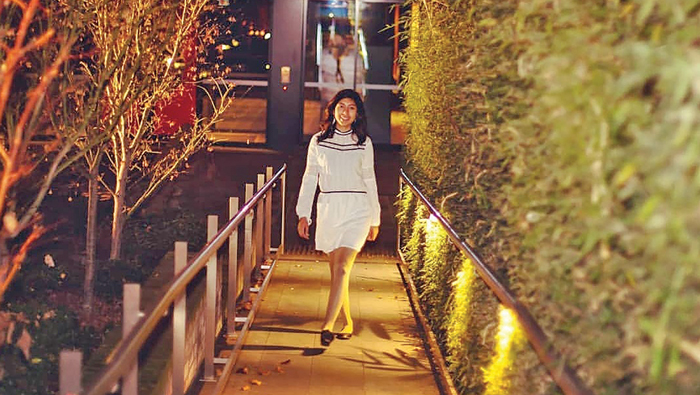 Muscat: The atmosphere in Oman, which promotes a safe and grounded upbringing for children, has provided the foundations for this former resident to reach the finals of one of the world’s top beauty pageants.
Aishwarya Venkat, 19, a former pupil of Indian School Muscat (ISM), has been selected as a finalist at the Pageant of the World beauty contest in Australia, which is set to take place in Sydney from August 26 to September 2, 2018.
Venkat is currently pursuing a double bachelors’ degree in finance and management from the Australian National University in the capital Canberra, in addition to being a volunteer with UNHCR, and her father says that her childhood in the Sultanate helped her become the person she is today.
“She actually participated in a modelling contest earlier, because a friend recommended it to her,” said Venkataraman Nagarajan, a financial professional in Muscat. “She won the Beautiful Smile honour at the Indian Australian Super Model 2018 competition. Because she was known after this competition, the pageant organisers approached her, and they had a face-to-face interview and asked her if she had certain skills. There were some 50 finalists chosen from around the world to represent different countries, and that was then reduced to 20.”
“The interview centred around communication skills, and the skill sets they were looking for included things such as what she wanted to do in life, what her ambitions were, and why she chose to enter this beauty pageant, among other things,” he added.
Having attended ISM all the way from kindergarten until the eighth grade, Venkat finished her schooling back home in India before moving to Australia. Upon graduating, Venkat wants to fulfil her ambition of either working for the World Bank, or an organisation such as the UNHCR, and her father says this is because of the values Oman helped instil in her.
“We thank Oman, because my daughter has always been a progressive person,” he said. “I grew up in a middle-class family and my dad rose through the ranks from scratch. I too didn’t join as a bank manager although I am one right now, but we are from a rather conservative background. She is quite intelligent, ambitious, and in the positive sense, wants to achieve something in life. This is the medium she is using to do it.”
“I would say that the friends that she had here were very broad-minded, in terms of talking about things that were really value-oriented, in terms of ideas and doing good,” said Venkataraman. “Her close friends often talk about things such as books and philosophy, so she’s always been that way from a young age. I used to always tell her about how when I was younger, I used to walk five kilometres up and down for just a square meal when I was working. My father had of course offered to provide everything for me as any father would do, but I went away at the age of 20 and later did my MBA while I was working.”
Despite reaching the finals of such a prestigious competition, however, Venkat’s solid and diligent upbringing has ensured the success she is tasting now does not go to her head.
“I have always told her about the importance of money, and she doesn’t splurge at all,” said her father. “Even today, she is very conscious about whatever she needs to spend on. I have also constantly instilled in her to be humane, in terms of respecting people. In Oman, people are so respectful towards each other. Ultimately, it is being humane that matters.”
“We need to give our hundred per cent in whatever we do on a daily basis,” he added.
“Everyone is fighting a battle. It is not that I am better than you or you are better than someone else. Everyone is fighting their own battle. To follow is easy, but to get up and do things and move on your own accord so that you can do better today than you did yesterday is always important.”