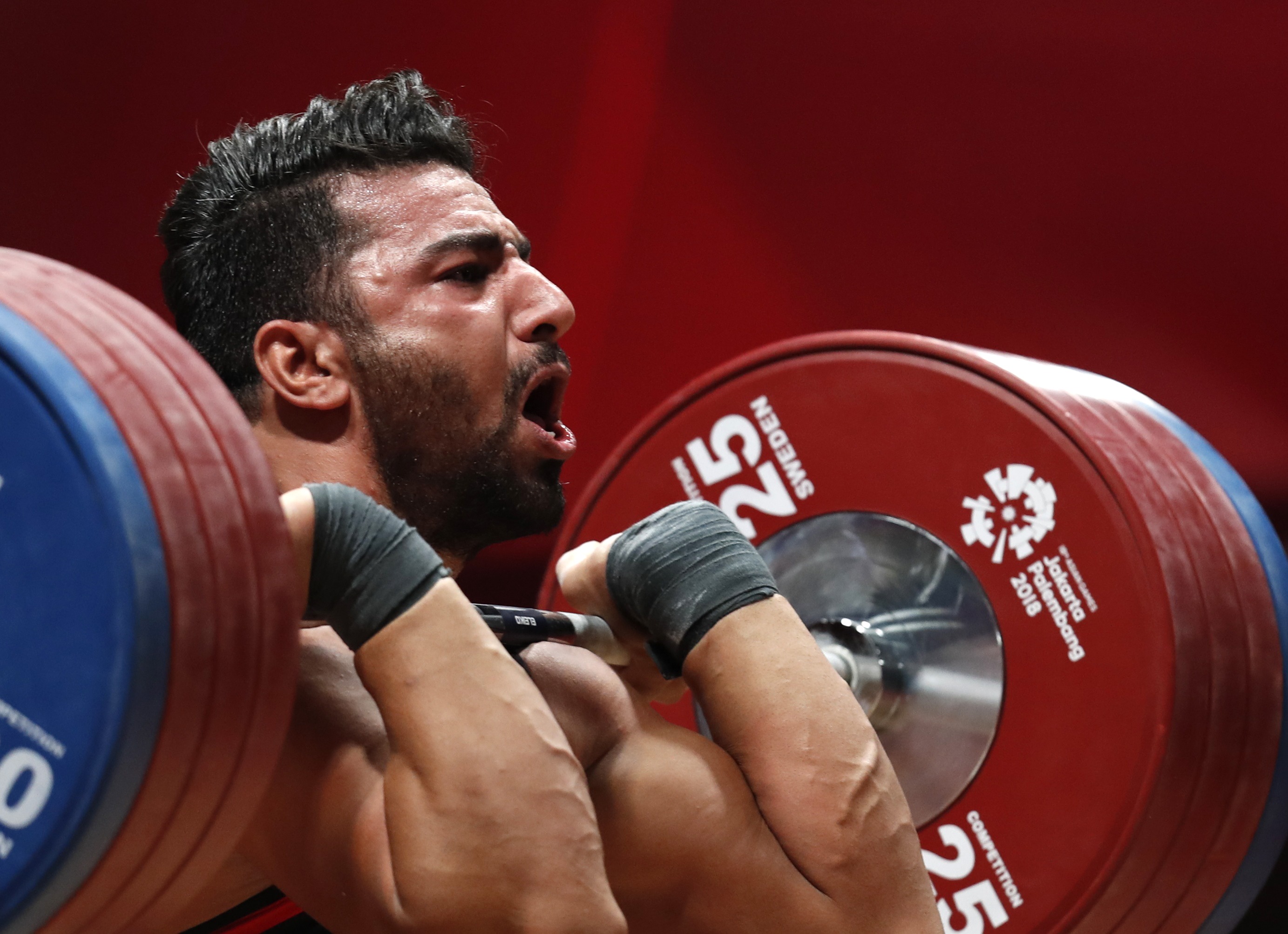 JAKARTA: As weightlifting battles for its Olympic future, China and Kazakhstan's absence from the Asian Games due to doping suspensions indicates how seriously the sport's governing body is taking the crisis.
The two nations were among nine handed suspensions by the International Weightlifting Federation (IWF) last October as the body sought to crack down on doping, which has plagued the sport and threatened its spot on the Olympic programme.
The International Olympic Committee (IOC) has threatened the sport with removal from the Olympic schedule for the Paris 2024 Games if it fails to improve its doping record and it remains on probation.
Several nations, including Russia and Kazakhstan, will only be allocated two places each at the Tokyo 2020 Olympics. This is due to the new rules stating that any nation with 20 or more doping violations from 2008 to 2020 will be allowed only one man and one woman at the Games.
The IWF has also changed the Olympic qualification criteria to ensure athletes must compete at least six times during the 18-month qualifying period to secure an Olympic berth.
The IWF hope these changes will not only reward clean athletes, but also prove to the IOC that they still deserve a place at sport's top table.
"It has been a balance between sanctions and education and support, because we would like to achieve long-term changes in the sport of weightlifting in these countries,” the IWF’s Director General Attila Adamfi told Reuters on Sunday.
"Not just banning them for one year or not having them here and then they return with the same system.”
China, Kazakhstan and seven other countries were suspended by the IWF for 12 months due to committing at least three doping offences when samples from the 2008 and 2012 Olympics were reanalysed.
At the time of the ban the Chinese Weightlifting Association (CWA) expressed "regret" at the decision, stating it was "firmly against doping and has a zero-tolerance approach to this particular problem."
Despite an appeal before the Asian Games in Jakarta, the bans on China and Kazakhstan -- winners of eight gold medals between them in Incheon four years ago -- were upheld.
"There is no other option (other than for China and Kazakhstan to accept bans),” said Adamfi, who has made it his mission to clean up the sport.
"There are rules and there was a decision and so you have to follow that decision. I believe that not only these countries, but also the rest of our members fully understand and support these positive changes.”
CAS Appeal
Kazahkstan has twice challenged the IWF in the Court of Arbitration for Sport (CAS). The Kazahks lost the first case heard earlier this year, in which it challenged its one-year suspension on the grounds that doping violations were "outside its control".
It is currently contesting the IWF's new qualification rules at CAS.
If Kazahkstan were to succeed in overturning the new rules, Adamfi believes no positives will come of it.
"Of course, we are not very happy because we believe nobody will win in this case. It doesn’t matter who wins legally, nobody will really win and the sport will definitely lose,” said Adamfi, who sees the Kazakhs as going against the IWF, the IOC and the other national federations.
"I do hope that, sooner rather than later, they realise that they can win something short term but the consequences for our sport, I do believe, would be negative so I hope they reconsider their position.”
One nation to benefit from the absence of Kazakhstan and China -- who have won more than twice the number of gold medals in weightlifting than any other country at the Asian Games -- is North Korea.
The North Koreans have won seven of the 13 available weightlifting golds in Jakarta, including titles for sisters Rim Jong-sim and Rim Um-sim.
"Our special training secret is just that we always remember that we have to repay, because whenever one person competes, the whole team will support with our might,” Rim Jong-sim told reporters after her win on Sunday.
The IWF says it is one of the few governing bodies to carry out independent out-of-competition testing in North Korea and is confident all those competing in Jakarta are clean.