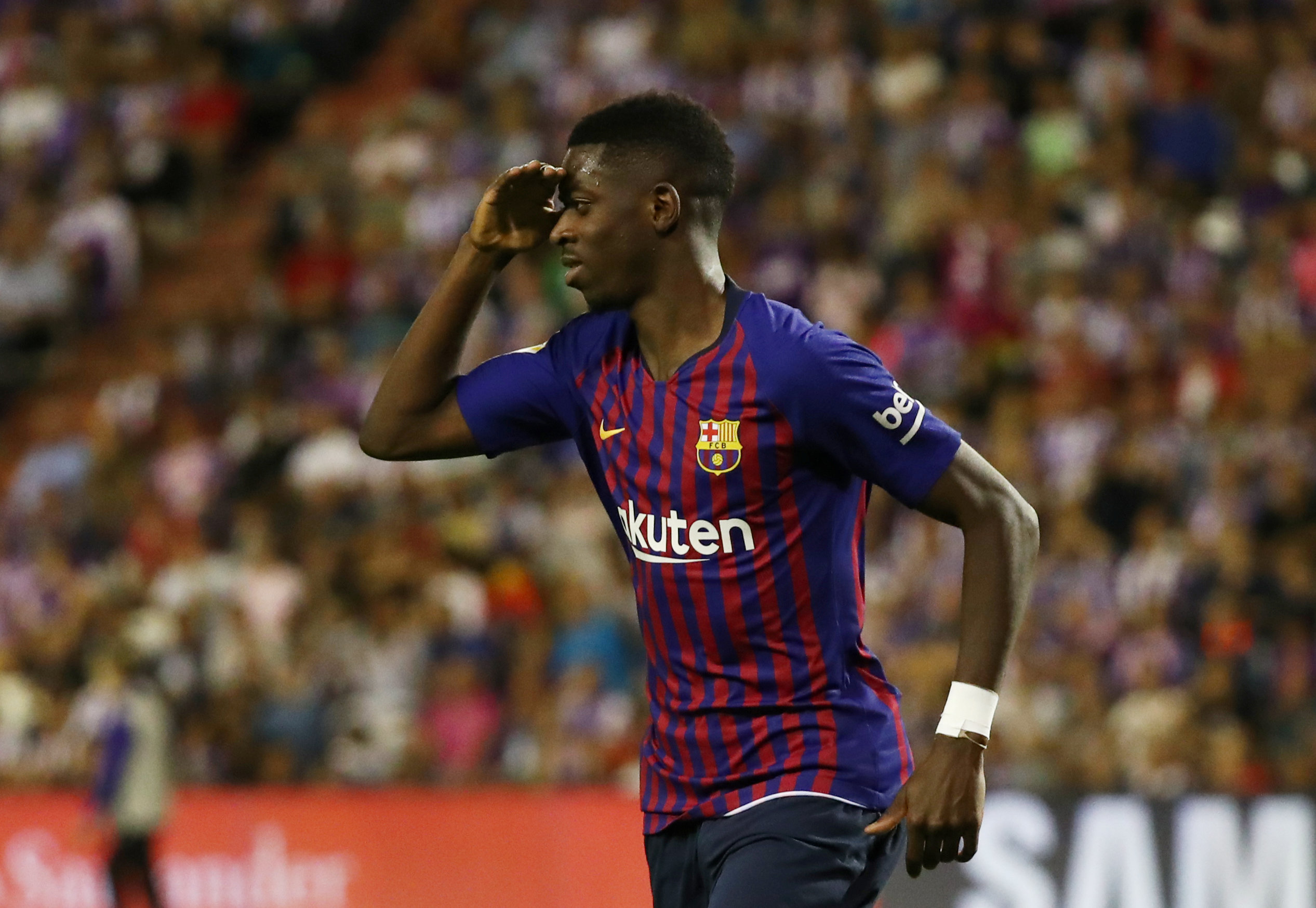 MADRID: A last-minute VAR decision helped Barcelona secure an unconvincing 1-0 La Liga win over newly-promoted Valladolid on Saturday.
After Ousmane Dembele gave the champions a 1-0 lead in the 57th minute, Keko thought he had snatched a stoppage time equaliser for Valladolid but was denied the goal as the video assistant referee ruled that the winger had netted from an offside position.
On a newly-laid pitch that began cutting up in the warm-up, a number of Barca players were left visibly frustrated as they struggled to impose their usual passing style.
"It was deplorable," said defender Gerard Pique of the surface.
"It's not even a question of being able to play football, rather the risk of injury to professionals. I hope those in charge do their jobs and sort this out because it's a disgrace."
Despite the obvious issues, they did eventually get going but former Barca academy keeper Jordi Masip spectacularly denied Luis Suarez and Philippe Coutinho.
There was nothing Masip could do when Dembele fired in from Sergi Roberto’s knockdown 10 minutes after the restart.
With the game in the balance, Valladolid appeared the more likely winner, going close a number of times.
But Keko blew his side’s major opening when he headed straight at Marc-Andre ter Stegen with minutes remaining.
Suarez then beat Masip but was flagged offside, before the keeper kept out an effort from substitute Malcom as the home side pushed on and Barca looked to play on the counter.
Keko thought he had redeemed his late miss with virtually the last kick of the game as he stooped to head in at the near post in front of Ter Stegen, however, wild celebrations were cut short by the technology, with the forward having strayed offside as the cross came in.
The win ensured the Catalans maintained their 100 percent start to the season, while Valladolid have one point after two games.