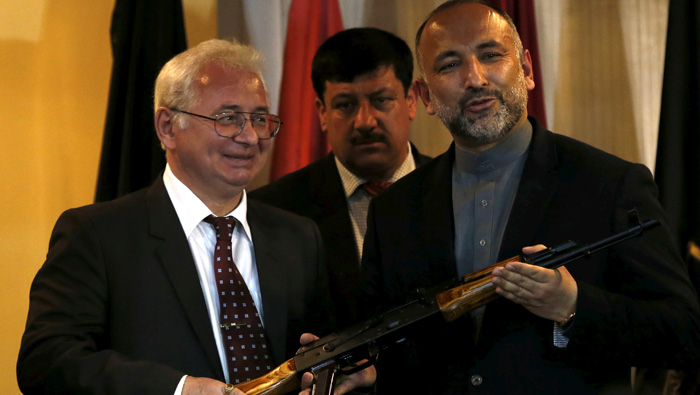 Kabul: Afghanistan's national security adviser, one of the most influential aides to President Ashraf Ghani, resigned on Saturday, a move one official said could be followed by his own bid for the top job in next year's scheduled election.
Hanif Atmar's resignation was accepted by Ghani, presidential spokesman Haroon Chakhansuri said. The spokesman gave no official reason for the abrupt departure, but a copy of Atmar's resignation letter obtained by Reuters said he had developed "serious differences over policies and principles with government leadership".
A senior government official close to Atmar, who spoke on condition that his name was not used, said the former security adviser was considering running against Ghani in the 2019 vote. "He has resigned because he is preparing to run for presidential election next year," said the official.
Atmar, 49, has been considered the second-most powerful official in Afghanistan since he became national security adviser after Ghani was sworn in as president in late 2014.
He was also minister of interior under former president Hamid Karzai before being sacked in 2010 after Taliban insurgents' attacked a "peace jirga" that was an early attempt at ending the now-17-year-old war with the Taliban.
The exact details of the rift with Ghani were not immediately clear, but in the past week the Afghan government declined to attend peace talks hosted by Russia that representatives of the Taliban are expected to attend.
Atmar, who began his security career with the Soviet Union-backed government in the late 1980s, is still seen as close to Russia. Ghani on Saturday appointed 35-year-old Hamdullah Mohib, Afghan ambassador to United States, to replace Atmar as national security adviser, the presidential spokesman said.