Schools in Oman ready to receive students of new batch 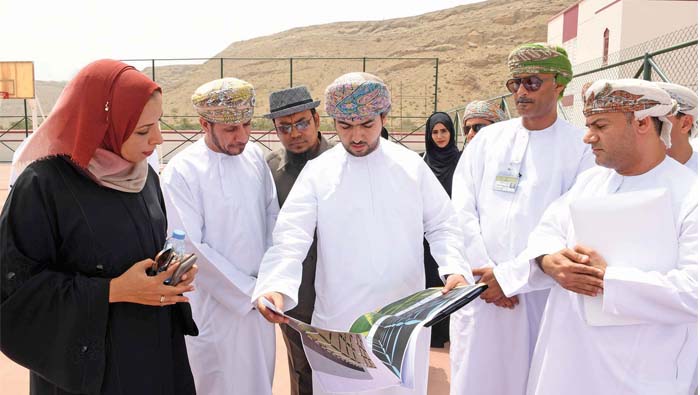 Muscat: The Ministry of Education has completed its preparations for the start of the new academic year 2018/2019 which starts today.
Educational and administrative supervisors at the educational directorates in the governorates and teachers and other staff at various schools all over the Sultanate will kick off the new academic year.
It is expected that the total number of teachers will reach 56,091 while the number of administrators and technicians in schools is estimated to be 10,868.
Following up on the preparations of starting the new academic year, Dr. Madeeha bint Ahmed bin Nassir Al Shaibaniyah, Minister of Education, visited Al Misfah school for basic education for girls at Quryiat which will be operated in the new academic year.
She also followed up on the work of the action plan committee for commencing the new academic year at the Ministry of Education presided by Sheikh Mohammed bin Hamdan Al Tobi, consultant at the Ministry, and preparations of the Directorates of Education for the new academic year including new buildings, maintenance work, cadre strength and printing of educational books. The school has 16 classrooms and a music hall equipped with sound isolators besides activity rooms as well as a science laboratory. The Minister was acquainted with the efforts made for starting new academic year according to schedule.
The Ministerial Decision No. 146/2018 determines the schooling dates, examinations and holidays for the academic year 2018/2019. According to the decision, the academic year starts on Sunday August 26, 2018 and ends on Sunday June 27, 2019.
Students from class 1 to 12 at public and private schools will start their classes on September 2, 2018 and those in literacy classes will start classes on Monday, October 1, 2018 and end on January 17, 2019, according to the decision.
The mid-term holiday for supervisors and administrators at the directorates of education at the governorates, teachers and related professions will be from February 3, 2019 to February 07, 2019.
The second term for students, supervisors and administrators at the Directorates of education at the governorates, administrators and teachers and related professions for the second term will start on February 10, 2019.
The Ministry had earlier completed the procedures of the appointment of new teachers who will join their colleagues for the new academic year 2018/2019.