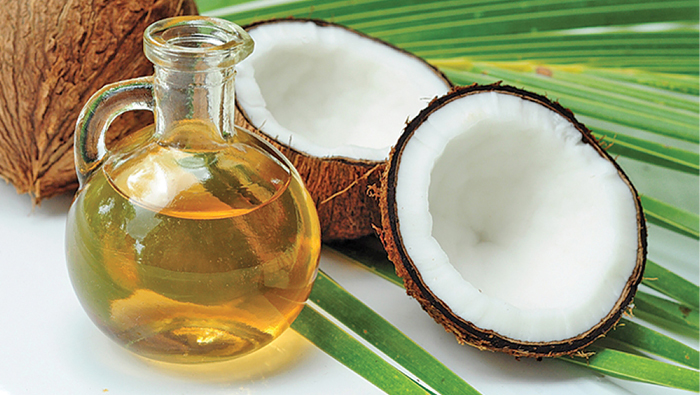 Muscat: A lecture given by a Harvard University professor on coconut oil being “pure poison” and “one of the worst things you can eat” has gone viral, having received close to a million views on YouTube.
The 50-minute talk, which was delivered by Karlin Michels, the director of the Institute for Prevention and Tumour Epidemiology at the University of Freiburg, who also happens to be a professor at the Harvard TH Chan School of Public Health, has generated plenty of discussion amongst those concerned about nutrition and healthy eating.
The lecture – which is in Michels’ native German – has been watched more than 1.2 million times on YouTube, prompting her to release a statement on her findings.
Saturated fat
“Coconut oil has 92 per cent saturated fat, of which, some half is usually medium chain fatty acid,” she said. This fatty acid increases levels of bad low-density lipid cholesterol in the blood, which can also lead to heart attacks.
“But lauric acid also increases the good high-density lipids. Studies that have been conducted on this topic often use specially made oils with 100 per cent medium-chain fatty acids, not the commercially available coconut oil – making it a completely different product,” she added. “Coconut oil contains no fibre, no cholesterol and only traces of vitamins, minerals and plant substances, making it too low to have a positive effect on health.”
She added: “For a while now, rumours have circulated over saturated fat not being good for your health. This is based on unfortunate comparisons and we have to keep an eye on this, whereby the saturated fatty acids in the diet are replaced when they are reduced, because the total calorie intake remains the same.”
“If we consume less saturated fats, for example, white flour and sugar, then the effect is equal,” said Michels. “Both variants harm cardiovascular health alike. This comparison is therefore misleading. If we use less saturated fatty acids, but more unsaturated fatty acids, then the risk of heart attacks decreases.”
However, health experts in Oman said coconut oil, despite its benefits, needed to be used in moderation.
“Coconut oil is a far better alternative to the other commercial oils that are being used, but any oil if used in excess is harmful, so it must be used in moderation,” said Dr A Basheer, senior internist and diabetologist at Badr Al Sama’a Hospital.
“The problem with these commercially available oils is that they create a high level of toxins in the system by increasing the amount of low-density lipids in the body. This clogs the arteries and the heart and puts more pressure on the body’s internal organs.”
“These days, we have more young patients who have problems of obesity, and they have a history of eating junk food. We’re getting an increasing number of people in their 30s and 40s. Directly or indirectly, we get some 50 to 60 cardiovascular patients in a month,” he added. “If you are overweight or obese, you have some 80 to 85 per cent risk of developing type-2 diabetes, particularly if you have excess weight around your stomach. These saturated fats found in junk foods contain a lot of trans fats that are more toxic and can cause cardiac problems and colon cancer. This problem will show itself in the long-run, because of the toxin build-up in cells.”
Amount of fat
A practicing doctor at NMC Healthcare Hospital added: “If someone is obese and looks puffy on the surface, it’s not that his body is clean on the inside. The amount of fat you see on the surface will be the same as the amount that’s inside. It can accumulate inside people’s hearts, liver and other organs and put a lot of load on them. External symptoms are only a small sample of what you get to see.”
“You can have coconut oil or ghee, but in moderation. If you are using it to cook, don’t use more than two spoonfuls of it every day,” he added. “When we see the number of young people who are obese, honestly, we get scared.”