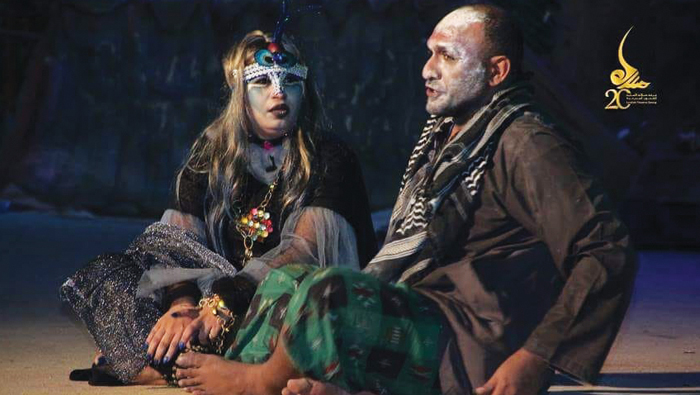 Muscat: The second edition of the Salalah Festival mass theatre competition 2018 concluded. The play, Al Noukhtha, won the first prize for the best integrated theatre show.
The aim of the competition was to motivate actors to present the best comedy performance and to develop theatre. The mission of the competition was to highlight theatrical literature.
“The second edition was characterised by focusing on and selecting proper text,” said Ahmed Al Rawas said, Chairman of the Salalah Festival Technical Committee. The competition was held to encourage and motivate the participating teams in theatrical creativity. “The plays presented attracted a large audience,” Al Rawas added.
The main idea was to convey a literary message to the public in a comic style that also discussed society’s issues. The awards included nine individual prizes and two collective awards, where the first place winner for the best integrated show received OMR4,000 and the second place winner got OMR2,000. Three jury members evaluated seven teams, five from Dhofar governorate and two from the rest of the Sultanate. Mubarak Al Mashani, who was the lead actor of the play, Mekunu, said, “My suggestion is to increase the value of the prizes.”
“Theatre needs continuity and this is my first experience in evaluating the theatre competition at the Salalah Festival; this competition is different from other competitions I have participated in, as we had to assess a funny character in all the performances,” said Mohammed Al Habsi, jury member.