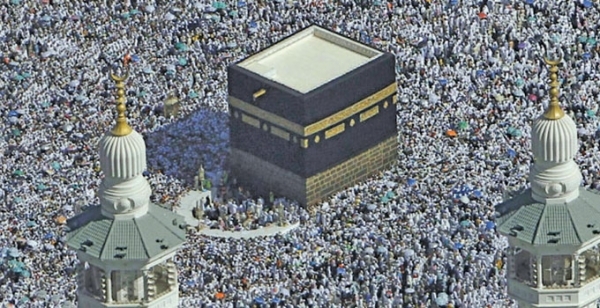 Muscat: Nearly 7,600 people have registered online for the Haj pilgrimage so far as the new system was introduced by the Ministry of Endowments and Religious Affairs.
The large number of registration during the first 24 hours of the new system becoming operational reflects the awareness about the new system.
The Ministry had announced earlier that Omani pilgrims planning to travel to Mecca to perform Haj can register their application at www.hajj.om, which will be opened from April 10 until April 24.
Pilgrims can register in three different ways, including manually by entering the civil identification number, scanning the ID by using a card reader, which uses the PKI encryption system or by entering the mobile phone number, which uses PKI encryption for identification.
The Ministry also clarified that priority will depend not on who registers first, but also on the purpose of Haj.
Registration does not guarantee a spot for everyone as the ministry needs to approve priorities and give an opportunity to those who have not performed the haj before, then ministry added.
The ministry will directly and officially contact the persons involved in either cases. The Ministry also called on the public not to register through any other means but through the aforementioned website only to avoid any fraud attempts.
The Ministry said such a system will help avoiding violations committed by haj campaign organisers and ensure a better atmosphere offering the best services for pilgrims. The Ministry had said that male registrants must register first, followed by females in order to ensure the availability of their chosen guardian in the system. The responsible authority will accept the registration through ID numbers given that the card is active for a minimum of 10 months and the passport is valid for 10 months as well.