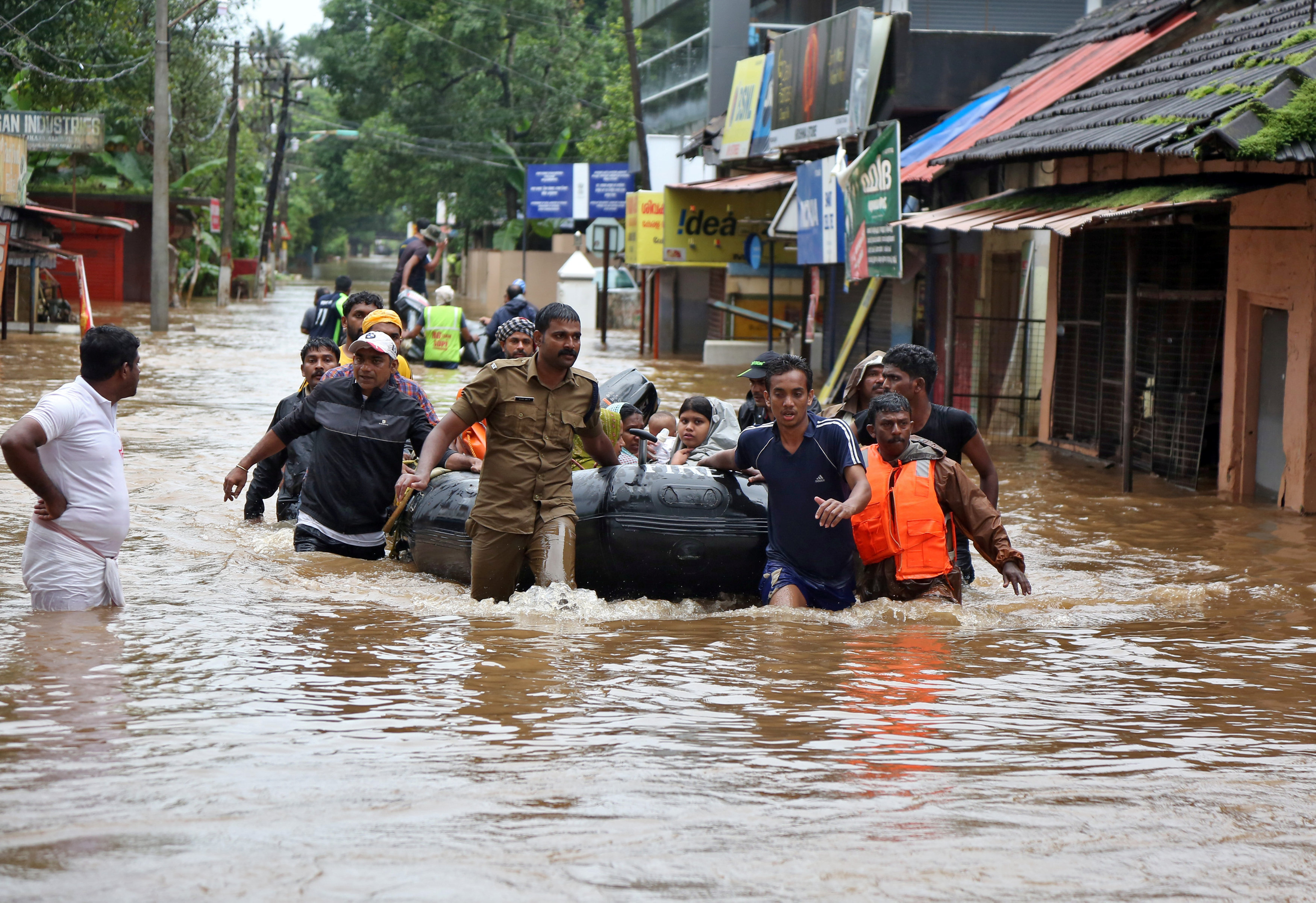 Muscat: Indian Prime Minister Narendra Modi has promised to send more helicopters, boats and other equipment needed to evacuate several thousand who are stranded in the flood-stricken Indian state of Kerala in addition to financial assistance of INR500 crore, as he was given an aerial tour of the state.
The devastating floods, the worst in over 100 years has killed 324 people so far and has displaced over two lakh people.
While Modi has announced financial assistance, the loss incurred by the state amounted close to INR2,000 crore, Kerala Chief Minister’s office announced. The state also revealed that they had asked for financial assistance of INR2,000 crore but they will be receiving INR500 crore for now. The tweet read, “The Hon’ble Prime Minister Narendra Modi announced an assistance of ₹500 crore. CM had requested an immediate assistance of ₹2,000 crore. We express our thanks to Centre for the assistance.”
In a series of tweets, Narendra Modi said: “I salute the people of Kerala for their fighting spirit. I compliment the authorities for their efforts in this adverse situation. I would also like to appreciate the wide support and solidarity from people across India towards Kerala during this unprecedented situation.
“The Air Force, Army, Navy and Coast Guard are assisting operations in different parts of Kerala. Rescuing those who are trapped remains the topmost priority,” he said.
The Indian Prime Minister also said: “The Central Government is ensuring that the benefits under the Pradhan Mantri Awas Yojana, various social security schemes, Mission for Integrated Development of Horticulture reach those affected on a priority basis in Kerala."
Chief Minister of Kerala, Pinarayi Vijayan has estimated that two million people have been forced to move into relief camps since the monsoon season brought torrential rains three months ago.

With inputs from Reuters