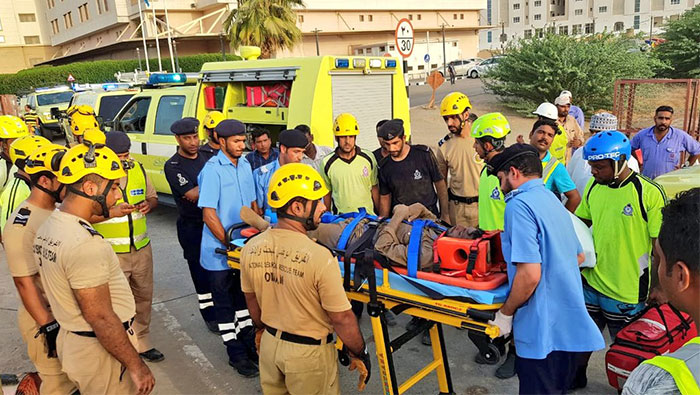 Muscat: An expat worker of “Asian nationality” was rescued from a sewage pit after he sustained severe injuries when the walls of the pit collapsed, the Public Authority for Civil Defence and Ambulance (PACDA) announced.
Officials revealed that the worker sustained serious injuries in Bausher. However, no other details were made available.
In a statement online PACDA said, "The authority team in Muscat Governorate was able to rescue an Asian worker from a sewage pit that collapsed during his work in the state of Bausher. He was provided with emergency medical care at the site and taken to hospital due to a serious injury."