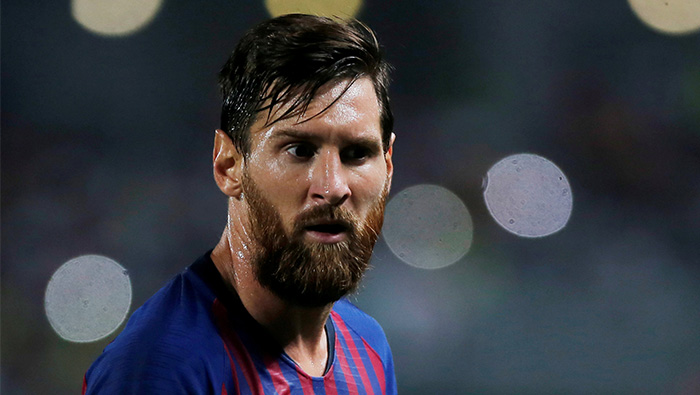 Buenos Aires: Argentina captain Lionel Messi has ruled himself out of two friendlies in the United States next month, a source at the Argentine Football Association (AFA) told Reuters on Wednesday.
The source, confirming widespread reports in Argentine media, said the Barcelona forward would miss the games against Guatemala and Colombia and possibly more.
"We don't know what will happen after but for now (Messi) has told the coaching staff that he will not be part of the next squad," the source said.
Reports said Messi was still disappointed over Argentina's poor showing in the World Cup, where they were eliminated at the last 16 stage by eventual winners France.
He will not go to Los Angeles for the September 7 match against Guatemala or to New Jersey to face Colombia four days later.
Interim coach Lionel Scaloni is due to announce his squad for the games by next Monday.
It is not the first time Messi has decided to take time out from international duty.
He retired after Argentina lost the 2016 Copa America final, their third defeat in a major final on three years, but he changed his mind two months later.
Argentine officials hope the 31-year-old will do the same after a short break and are keen to encourage the five-times World Player of the Year to return.
"The doors of the national team are open to him," the source told Reuters.
Argentina will play four more friendlies in October and November. Their next tournament will be in 2019 when they go to neighbours and arch-rival Brazils for the Copa America.
The twice World Cup winners have not won a major title since lifting the Copa America in 1993.