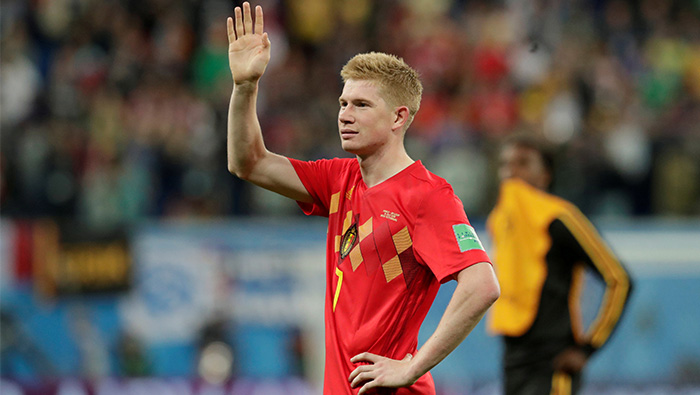 England: Manchester City have the depth in squad to cope with the potential long-term absence of playmaker Kevin de Bruyne, who sustained a knee injury in training on Wednesday, the Premier League club's defender Kyle Walker has said.
De Bruyne's injury will come as a major blow for City with the Belgian providing the most number of assists for the club for the last three seasons.
The 27-year-old notched up 12 goals and 21 assists last term to help Pep Guardiola's side win the league and the League Cup.
"Kevin is a great player and it's just unfortunate that it's happened to him in training but there's more than enough depth in the squad," Walker told reporters.
"We don't just rely on one player. It's a team game and whoever steps in will do well. Obviously, it's a big loss but we've got more than enough cover."
De Bruyne, a World Cup semi-finalist with Belgium earlier this year, is likely to be sidelined for around two to four months, according to British media reports.
City beat Arsenal 2-0 in their opening league fixture last weekend and will host Huddersfield Town on Sunday.