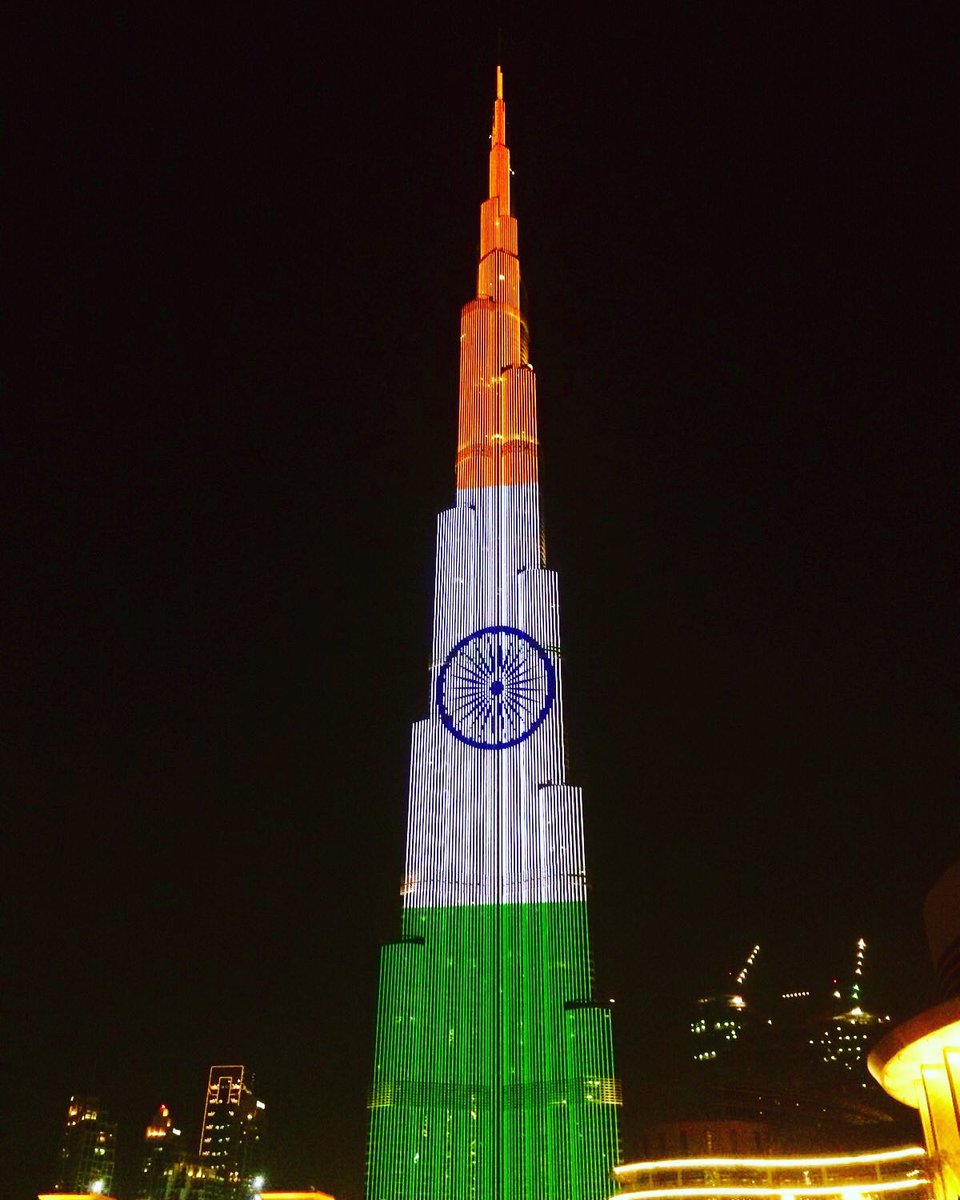 Muscat: Dubai's iconic Burj Khalifa tower, the tallest man made structure in the world, had the Pakistani and Indian national flag on its light display on Tuesday and Wednesday night respectively, to mark the two countries' Independence Day celebrations.
In two separate tweets on the day, the tower's administration wished the two countries by congratulating them, and sharing pictures of the tower being lit up in the colours of the national flags of each country.
**media[919446]**
**media[919448]**