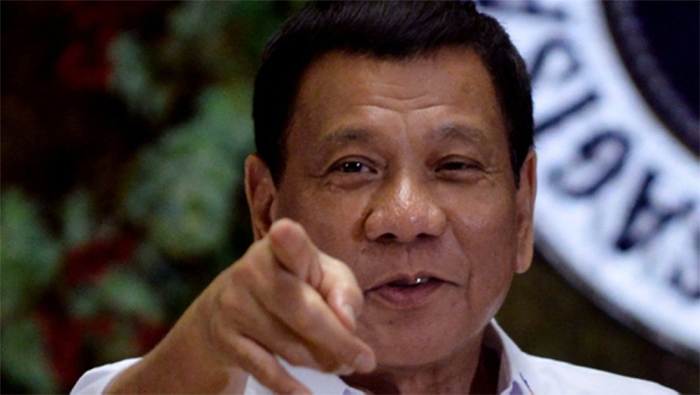 Manila: Philippine President Rodrigo Duterte could step down if the son of former dictator Ferdinand Marcos succeeds in overturning his 2016 vice presidential election defeat, Duterte's spokesman said on Thursday.
Duterte's single term ends in June 2022 and he has spoken often recently about quitting before that. At two separate events on Tuesday he said he was "ready to go", expressing frustration about his failure to tackle illicit drugs and corruption in government.
However, he said was reluctant to do that now because a constitutional succession would mean handing power to Vice President Leni Robredo, who he said was not up to the job.
Robredo, who leads the opposition party, was not Duterte's choice for vice president and was elected separately having narrowly defeated Ferdinand Marcos Jr, the son and namesake of the ousted former ruler. Marcos, better known as "Bongbong", has challenged the result alleging fraud.
The Supreme Court has ordered a recount, a complex process that got underway in April and could take several years.
Robredo says she won fairly.
Duterte's spokesman, Harry Roque, said the president had a "real, genuine wish to step down" if a qualified leader could replace him. Marcos was among those he would prefer, Roque said.
"If there's development and he will win the protest and he becomes the vice president, yes, he will make true his word," Roque told a regular news briefing.
In a statement, Marcos expressed his gratitude to Duterte for showing faith in him, but said the president should finish his term.
"I urge him not to leave the presidency as our people still need him for the betterment of our lives and our country," Marcos said.