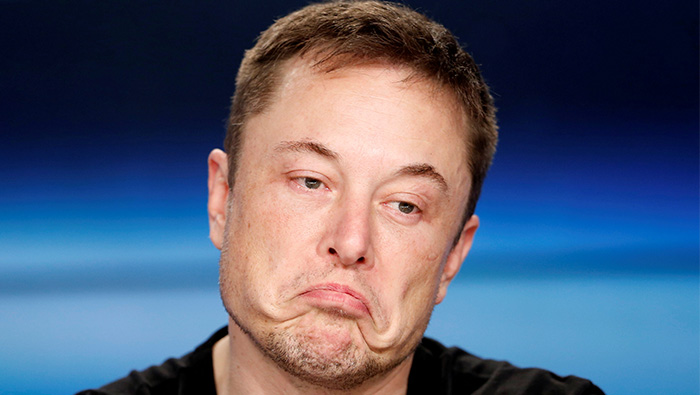 Washington: The U.S. Securities and Exchange Commission has sent subpoenas to Tesla Inc regarding Chief Executive Elon Musk's plan to take the company private and his statement that funding was "secured," Fox Business Network reported on Wednesday, citing sources.
The electric carmaker's shares fell as much as 4 per cent but cut their losses after Goldman Sachs Group Inc said it was dropping equity coverage of Tesla because it is acting as a financial adviser on a matter related to the automaker.
Investors viewed the Goldman statement as confirming a tweet from Elon Musk on Monday about working with Goldman, even as the reported subpoenas indicated the SEC has opened a formal investigation into a matter.
The latest news extended the roller-coaster ride for Tesla investors in recent days, adding to uncertainty about the future course of the company and whether a deal can be done amid growing regulatory complications.
Tesla and the SEC declined to comment.
Musk stunned investors and sent Tesla's shares soaring 11 per cent when he tweeted early last week that he was considering taking Tesla private at $420 per share and that he had secured funding for the potential deal.
The shares were last down 3.4 per cent at $335.84. They are below $341.99, their closing price the day before Musk tweeted his plan to take Tesla private.
The Tesla CEO provided no details of his funding until Monday, when he said in a blog on Tesla's website that he was in discussions with Saudi Arabia's sovereign wealth fund and other potential backers but that financing was not yet nailed down.
Musk also tweeted late Monday night he was working with Goldman Sachs and private equity firm Silver Lake as financial advisers. However, as of Tuesday, Goldman was still negotiating its terms of engagement with Musk, according to a person familiar with the matter.
The 47-year old billionaire's tweet about secured funding may have violated U.S. securities law if he misled investors. On Monday, lawyers told Reuters Musk's statement indicated he had good reason to believe he had funding but seemed to have overstated its status by saying it was secured.
The SEC has opened an inquiry into Musk’s tweets, according to one person with direct knowledge of the matter. Reuters was not immediately able to ascertain if this had escalated into a full-blown investigation on Wednesday.
This source said Tesla's independent board members had hired law firm Paul, Weiss, Rifkind, Wharton & Garrison LLP to help handle the SEC inquiry and other fiduciary duties with respect to a potential deal.