China, U.S. to hold next round of trade talks in late August 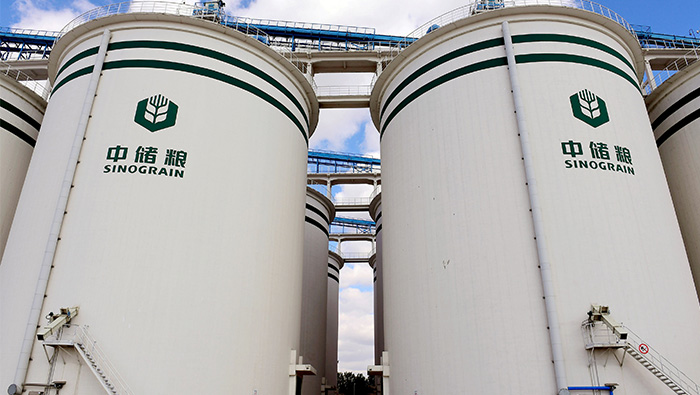 Beijing: China said on Thursday it will hold a fresh round of trade talks with the United States in Washington later this month, offering a glimmer of hope for progress in resolving a conflict that has set world markets on edge.
A Chinese delegation led by Vice Minister of Commerce Wang Shouwen will meet with U.S. representatives led by Under Secretary of Treasury for International Affairs David Malpass, the Ministry of Commerce said in a statement on its website.
The world's two largest economies have implemented several rounds of tit-for-tat tariffs on each others goods since the start of the year and have threatened further tariffs on exports worth hundreds of billions of dollars.
The announcement of the forthcoming meeting comes after a lull in talks between the two sides, but it is unclear whether it will take place before or after August 23, when Washington is due to activate additional tariffs on $16 billion of Chinese goods. Beijing has said it will retaliate in kind.
The last official round of talks was in early June when U.S. Commerce Secretary Wilbur Ross met Chinese Vice Premier Liu He in Beijing.
There was no immediate response from the U.S. Treasury to the announcement from Beijing.
The upcoming meeting is lower-level compared with four previous rounds of talks that involved Liu, Ross and U.S. Treasury Secretary Steven Mnuchin.
Having made little progress in the previous meetings, the White House said on August 3 that the United States is open to further talks with China on how to resolve the festering trade dispute.
China has repeatedly pointed out that U.S. companies and consumers will be hard hit by the trade war, a theme the ruling Communist Party's official People's Daily returned to on Thursday.
U.S. President Donald Trump's "America First" slogan had caused only economic trouble for the country, the paper said, pointing to examples like losses incurred by U.S. soybean farmers amid the trade war.
"What's fantastical is that U.S. trade policy-makers seem to be totally deaf. The voices of producers, the international community and expert groups have been pouring forth, but they're turning a deaf ear to them," it said in a commentary.
The news of the upcoming talks helped Chinese stocks pare losses, with the Shanghai Composite Index and Hong Kong's Hang Seng index both down 0.4 per cent, having fallen as much as 1.9 per cent and 1.7 per cent, respectively, in early trading on Thursday.
U.S. futures also gained, as Dow e-minis rose as much as 0.5 per cent on the news, though they later trimmed some of those gains.
The offshore Chinese yuan rose briefly against the dollar, strengthening to a high of 6.9165 before wilting.
Easing trade tensions helped lift Chinese copper futures off 14-month lows, while prices of Chinese farm goods fell amid hopes that supplies of U.S. soybeans, used to make cooking oil and animal feed, may resume if disputes are resolved.
The United States and China implemented tariffs on $34 billion of each other's exports on July 6 and barring some breakthrough another tit-for-tat exchange is likely when Washington imposes additional tariffs on $16 billion of Chinese goods next week.
Separately, China has said it is prepared to put additional tariffs on 5,207 goods imported from the United States with a total value of $60 billion, ranging from liquefied natural gas to some aircraft.
The move was in response to a threat from Washington to increase tariffs on $200 billion worth of Chinese goods to 25 percent from 10 per cent.