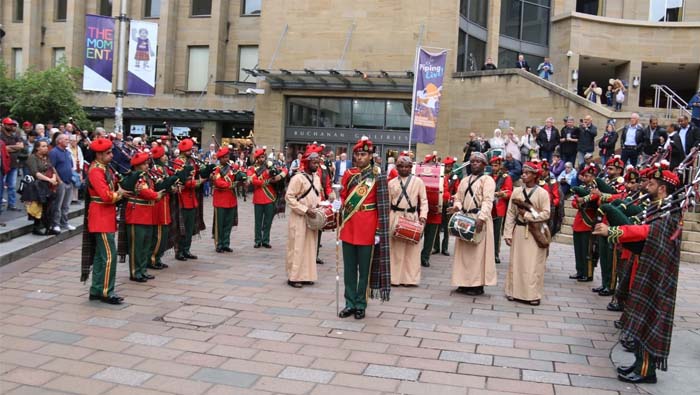 North Berwick: The Royal Army of Oman (RAO) Music Band, represented by the Bagpipes and Drums Band, performed a concert in which a series of international and Omani heritage music were presented.
The event was attended by a wide range of international and Omani music lovers of all ages and nationalities, who expressed their admiration for the performance of the band and the excellent organisation in presenting these musical pieces.
The participation of the RAO Music Band coincides with the entertainment programme held by the Organising Committee of the Scotland Bagpipes and Drums Festival with the participation of a number of Scottish and other international bands.
It is worth mentioning that the RAO Music Band won the first places in a number of competitions qualifying for the final contest, which will be held on the 18th of this month.