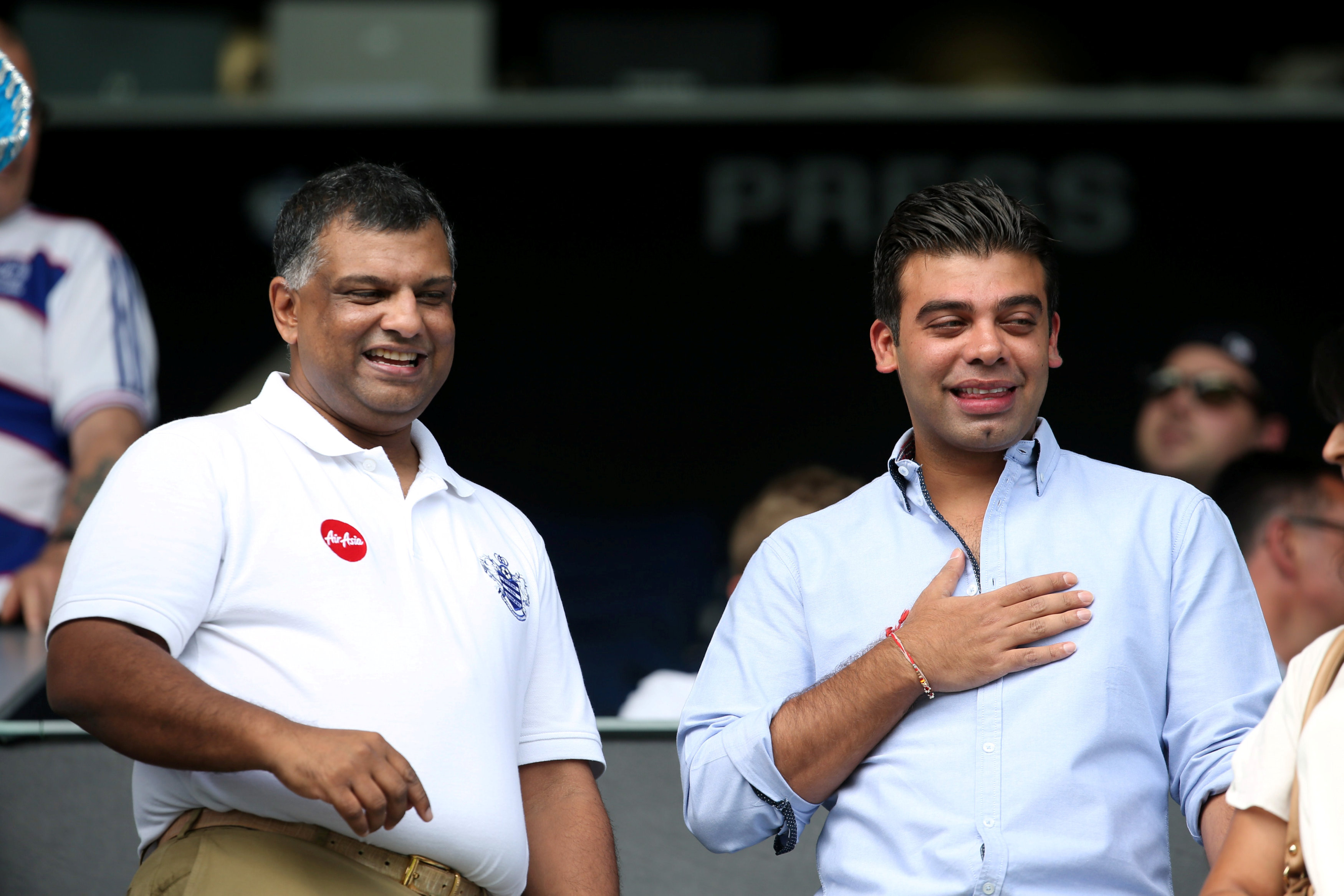 LONDON: Queens Park Rangers have appointed British-Indian businessman Amit Bhatia as their new chairman, with co-chairmen Tony Fernandes and Ruben Gnanalingam vacating their positions, the championship club announced on Wednesday.
Bhatia, who previously served as vice-chairman, will work alongside the management team led by chief executive Lee Hoos at the second-tier side.
Malaysian businessman Fernandes, who has been with the club since first taking over in 2011, said it would be best for QPR to have a chairman based in the UK.
"It's time for the club to have a chairman who is based in London," he said in a statement.
"It was important for me to step down at a time where we have solved many issues such as FFP (Financial Fair Play), making the club sustainable, building a strong academy and having a strong backroom team."
Last month, QPR were fined 17 million pounds ($21.6 million) as part of a 42 million-pound settlement with the English Football League for breaching Financial Fair Play regulations.
Bhatia joined the board at Loftus Road in Dec. 2007 as representative of father-in-law and ArcelorMittal chairman Lakshmi Mittal, who bought a shareholding in the club alongside Bernie Ecclestone and Flavio Briatore.
"I'm excited to be stepping into the role as chairman of QPR, and have accepted this position fully aware of the responsibilities and pressures that come with this appointment," Bhatia said.
"In returning to the club as chairman this season, I hope to draw on the experiences of the past 10 years to help Steve (McClaren, manager), Lee, Les (Ferdinand, director of football) and the entire QPR family further the progress we have made under Tony and Ruben's leadership."
Gnanalingam will replace Bhatia as vice chairman and remain chairman of the club's trust.