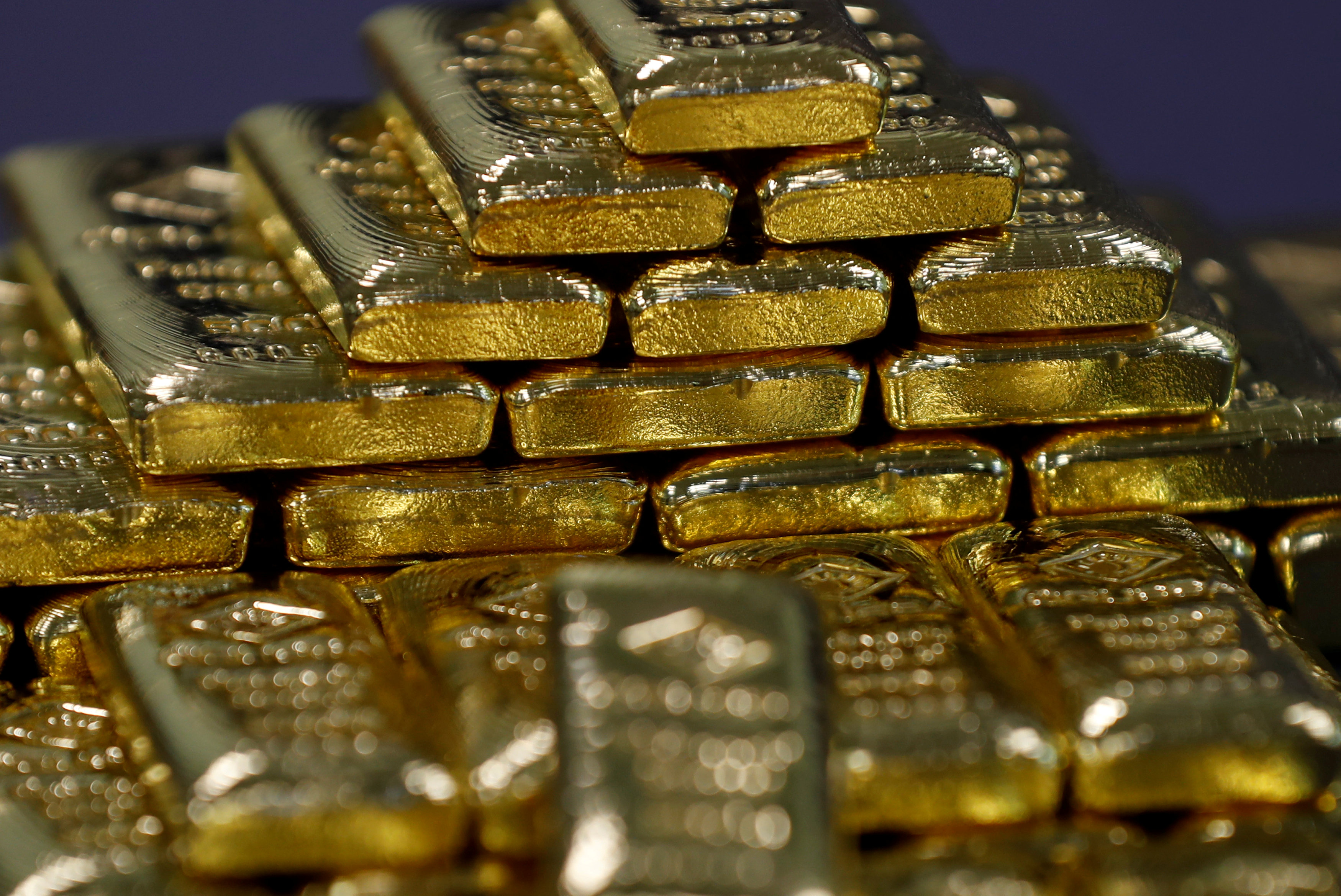 London: Gold prices hit 17-month lows on Monday, losing out to US Treasuries and a stronger dollar as investors sought refuge from a financial market rout triggered by a crashing Turkish lira.
Investors traditionally use gold as a means of preserving the value of their assets during times of political and economic uncertainty and inflation. But it has this year failed to benefit as investors made a beeline for US Treasuries, seen as the ultimate safe haven, which meant they had to buy dollars.
A higher US currency also makes dollar-denominated assets more expensive for holders of other currencies, which subdues demand - a relationship used by funds to generate buy and sell signals from numerical models.
Spot gold had dropped 0.8 per cent to $1,201.54 an ounce by 1053 GMT, its lowest since March 2017. US gold futures were down 0.83 per cent at $1,208.60 an ounce.
The lira has tumbled on worries over Turkish President Tayyip Erdogan's increasing control over the economy and deteriorating relations with the United States. "The safe-haven demand that has been triggered by the crisis in Turkey is going into the dollar rather than gold, which has been a trend going on for a while now," said Capital Economics analyst Simona Gambarini.
Bearish sentiment can be seen in data from US Commodity Futures Trading Commission showing gold speculators added 22,195 contracts to their net short position in the week to Aug. 7, bringing it to 63,282 contracts, the largest since records became publicly available in 2006 Holdings of the largest gold-backed exchange-traded fund (ETF), New York's SPDR Gold Trust, at 25.3 million ounces have dropped about 10 per cent from their April peak and are at their lowest since Feb 2016.
Meanwhile, platinum prices headed towards the 10-year lows below $800 an ounce seen last month, due to a glut of metal. Autocatalysts are the biggest source of demand for platinum and palladium.
More platinum than palladium is used in diesel engines, whose sales have fallen since Volkswagen was found in 2015 to have cheated in emissions tests.
The world's top producer of platinum is South Africa, which saw its rand currency hit a two-year low due to contagion. "Supply is holding up well as a weaker rand provides support to South Africa’s mining industry," Julius Baer analyst Carsten Menke said in a recent note. "A weaker rand versus the dollar lifts revenues in domestic currency or, viewed from a different angle, lowers the rand-based costs when expressed in dollars." Silver slipped 0.3 per cent to $15.23 an ounce and palladium lost 1.7 per cent to $894.25.