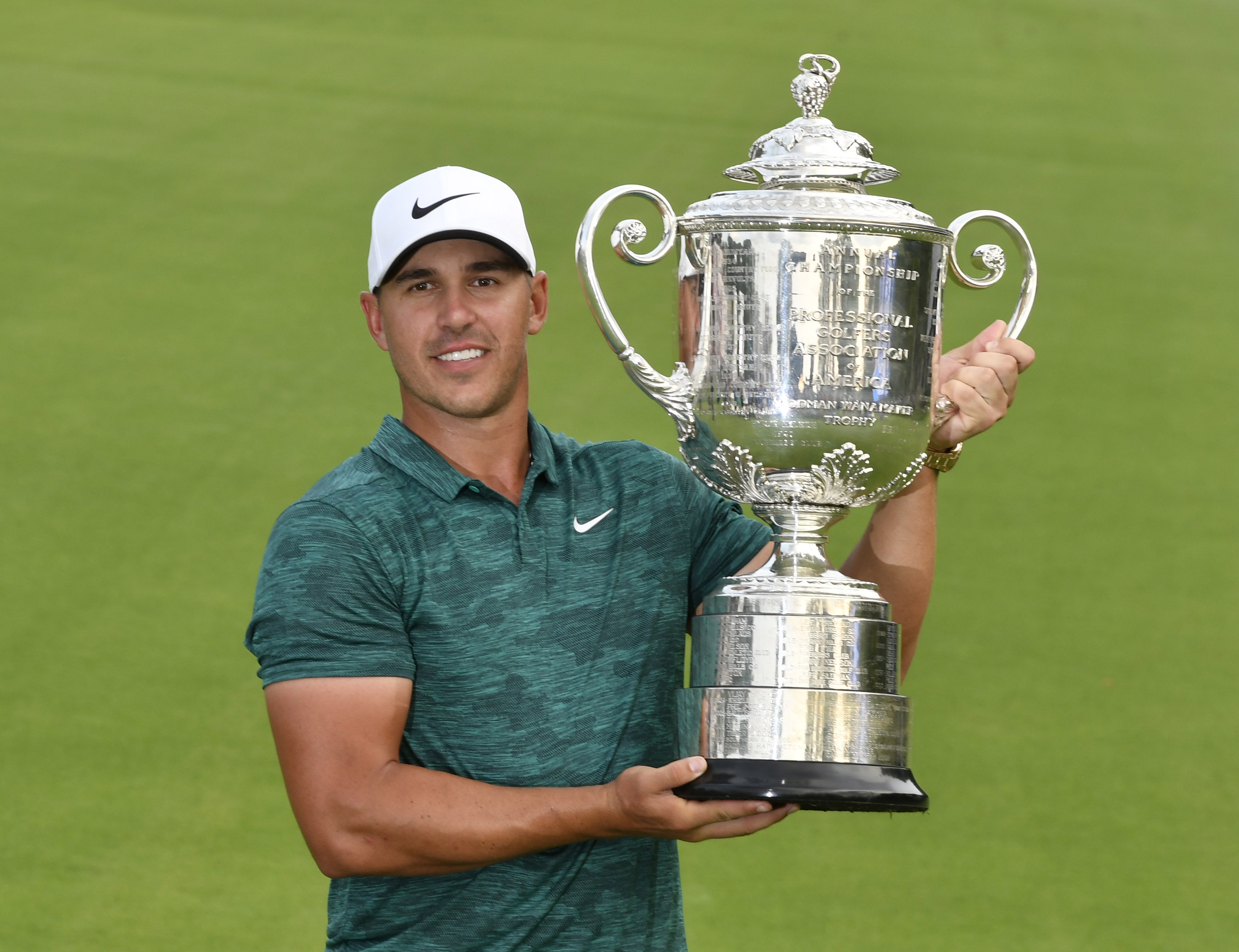 ST. LOUIS: Brooks Koepka fought off an inspired challenge from Tiger Woods to win the PGA Championship on Sunday, giving the big-hitting American his second major title this season.
Koepka withstood stifling pressure and sweltering heat to card a four-under 66 good enough for a two-shot victory over Woods, who was chasing his first major title in a decade and came close by returning a 64, his lowest final round in a major.
Scott, carrying the added motivation of winning for friend Jarrod Lyle who died earlier in the week, battled Koepka toe-to-toe but finished third after a bogey at the last left the Australian with a final round 67 and three strokes adrift.
Koepka, who finished on 16-under-264, has now won three of the last seven majors and became the fifth golfer and first since Woods in 2000 to capture both the PGA and U.S. Open in the same year.
"Other than me, my team, everybody was rooting for Tiger," said Koepka. "It kind of pushes you to step up your game.
"I mean, you have to because you know he's right there if you fall."
While Koepka stumbled with bogeys at four and five he showcased his mental toughness as he undid much of the damage with a run of three consecutive birdies going into the turn.
Woods, however, pounced with four birdies and a bogey on his front nine to get within one of the lead and with the 42-year-old in the running to win his first major since the 2008 U.S. Open, Tiger-mania was at a fever pitch.
The 14-times major winner, who had whipped the massive gallery into a frenzy on the front nine, sent them into absolute hysteria with two more birdies at 12 and 13 that again vaulted him within one of the lead.
"You could hear them," smiled Woods. "They were loud and they stayed around and... it's been incredible with the positiveness that everyone was saying and they wanted to see some good golf and we produced some."
While Woods and Scott were mounting charges on the way home, Koepka, who has only one other victory on the PGA Tour at Phoenix in 2015, stalled with five consecutive pars.
But when Scott grabbed a share of top and with Woods nipping at his heels one behind, Koepka again showed his steel with birdies at 15 and 16 to regain control, even if Woods kept up the pressure until the end by rolling in a 20-foot birdie at 18.
"I mean, everybody on the golf course heard it (the noise)," said Koepka. "You could hear the roars when we were on 10 and 11, and then you could kind of hear it trickle down as they changed the leaderboards all the way through.
"It's pretty obvious when Tiger makes a birdie. I think everybody at the golf course cheers for him."