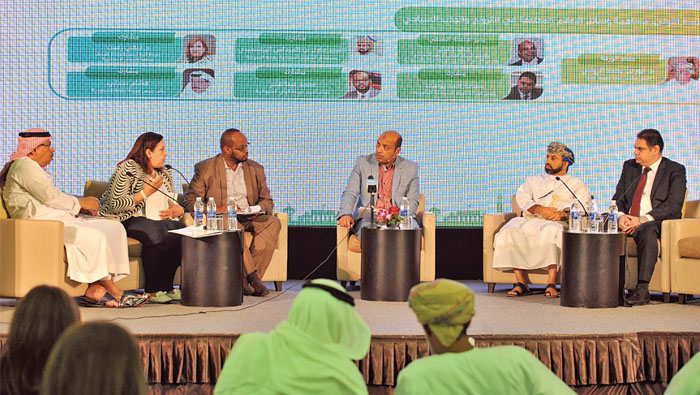 Salalah: The Arab Media and Sustainable Tourism Conference concluded on Sunday with a call for integration of Arab tourism.
Organised by the Arab Centre for Tourism Media (ACTM), in collaboration with the Ministry of Tourism and the Municipality of Dhofar, the conference saw participation of academics and media professionals from various Arab media outlets.
The conference, which was held in the city of Salalah, called for Arab tourism integration as a means to promote it and raise the its contribution to the national output.
It also stressed the importance of cooperation of concerned parties and the involvement of society in crisis management in order to find an integrated tourism system.
The conference also called for the need to manage the tourism products to ensure that it contributes more to the economy.
Stress was also laid on the need to find tourist products capable of attracting more tourists.
It suggested developing a tourist media message that begins with awareness raising and provide a diverse picture of tourist data.
Earlier in the day, the conference began under the patronage of Mohammed bin Salim Al Toobi, Minister of Environment and Climate Affairs.
Present at the opening ceremony of the conference were Dr. Abdulaziz Othman Al Twaijri, Director-General of the Islamic Educational, Scientific and Cultural Organisation (ISESCO) and tourism officials from inside and outside the Sultanate.
Dr. Sultan bin Khamis Al Yahya’ee, Chairman of ACTM, delivered a speech during which he stressed the importance of the conference, which represents an important part of the activities of ACTM, in addition to the significant role of Arab tourism information to make the most of the enormous tourism potentials at the Arab level.
Dr. Taleb Al Rifai, former secretary general of the World Tourism Organisation, highlighted in his speech the role of tourism media in promoting community awareness of the true understanding of tourism, travel and comprehensive development.
He affirmed the continued growth of the tourism and travel sector despite the challenges facing them. He also pointed out that tourism and travel contribute to enriching the world’s cultural diversity.
Princess Diana Firas, Chairperson of Petra National Trust and UNESCO Goodwill Ambassador for Cultural Heritage highlighted the efforts of Petra National Trust to preserve the cultural, archaeological and environmental heritage of Petra and the surrounding areas, stressing the efforts of ACTM in highlighting the Arab tourism components.
The conference included two sessions. The first session dealt with “Contribution of the Arab Media in Tourism Promotion and Attractions and Responsibility Frameworks”.
The second session dealt with “Tourism Crisis Management in light of the Economic and Political Changes”. The sessions were attended by academics and media professionals from various Arab media means.
The conference was organised on the occasion of the 10th anniversary of launching the Arab Centre for Tourism Media, which seeks to prepare Arab media cadres that can market and promote Arab tourism to support tourism among the Arab countries.