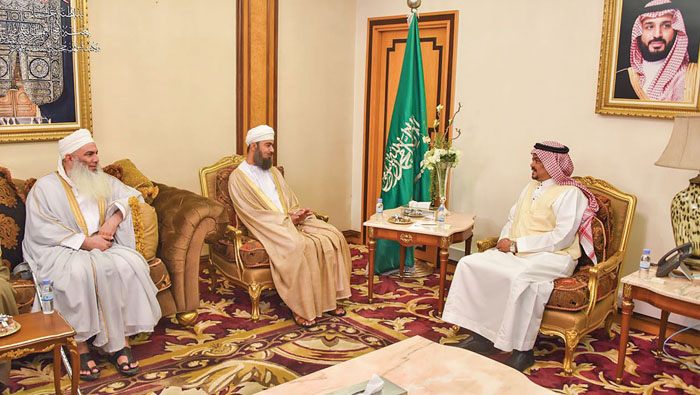 Jeddah: Dr. Mohammed bin Saleh bin Taher Benten, Minister of Haj and Umrah in the Kingdom of Saudi Arabia received Sultan bin Said Al Hinai, Head of the Omani Haj Mission in Jeddah yesterday.
During the meeting, cordially conversations and topics of common interest were exchanged, especially with regard to the Haj season this year. The meeting was attended by heads of delegations accompanying the Omani Haj Mission and officials of the Saudi Ministry of Haj and Umrah.