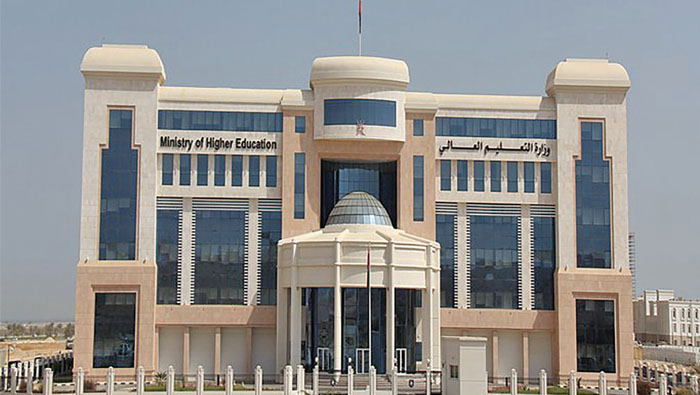 Muscat: The Ministry of Higher Education, represented by the Higher Education Admission Centre (HEAC), on Sunday announced the results of the first sorting for the academic year 2018/2019 for the seats in higher education institutions, scholarships and grants inside and outside the Sultanate.
Dr. Hamad bin Khalfan Al Nu’mani, HEAC Director General said that the total number of seats available in the electronic admission system in the first sorting is 29,800.
Dr. Al Nu’mani added that the system in the first sorting offered (21,506) seats for students who meet the requirements of admission to the programmes of higher education institutions and scholarships with a percentage of 72.2. He added that students should accept the offer and complete the registration procedures in the institutions where they are admitted. He also said that the number of seats in the government higher education institutions is 18,299 with 61.4 per cent of the total number of available seats. He added that the number of seats in internal and external scholarships and grants stood at 11,501 with a percentage of 38.6 per cent.
The HEAC Director General pointed out that the first sorting resulted in 8,294 vacant seats, or 27.8 per cent of the total number of seats available until the date of results due to the lack of sufficient number of students applying for these programmes and who meet the enrolment requirements. The seats will be offered again in the second sorting.
He added that the largest number of seats in government higher education institutions is in the colleges of technology, representing 58.2 per cent of the total number of government seats.
Dr. Al Nu’mani affirmed that the number of admitted students will be clear in each institution compared to the available seats after completing procedures of acceptance and registration on 19 August 2018.