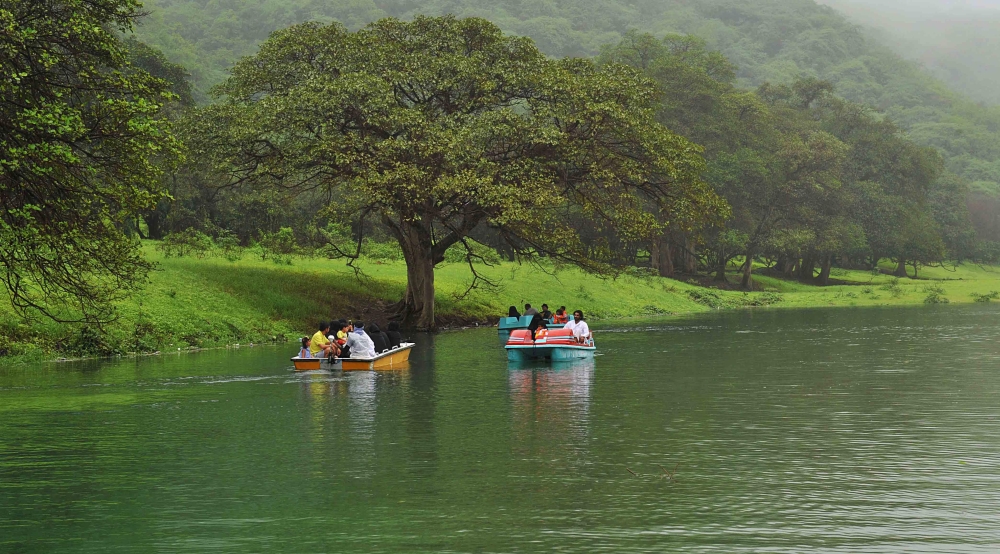 Muscat: The number of visitors to Salalah has more than doubled this year compared with August last year.
As many as 634,991 visitors visited Salalah during the Khareef season, so far, latest data has revealed, whereas, 301,991 tourists made their way to Salalah by the first week of August 2017.
The National Centre for Statistics and Information (NCSI) further disclosed that the overwhelming majority, some 76.84 per cent of visitors, this year, was Omani, numbering 487,963.
Emiratis were the second largest nationality among the tourists, totalling 58,819 or 9.26 per cent of the tourists. Saudis came in third, with 37,340 visitors and accounted for 5.88 per cent of the tourists. Fewer people from other Gulf Cooperation Council countries visited Salalah.
As many as 6,497 Qataris made up just above 1 per cent of the visitors, while 4,949 Bahrainis and 4,207 Kuwaitis also made their way to the popular tourist destination.
NCSI also disclosed that the vast majority of the people travelled to Salalah by road, this Khareef. Some 81 per cent of the visitors came in by road, while 19 per cent of them travelled by air.
Observers have repeatedly pointed out that Cyclone Mekunu, despite its devastating and fearsome aspect, actually brought greater greenery to Dhofar early this year, besides creating awareness about the region.
“We thank God Almighty for his kindness to the governorate of Dhofar, to have spared it from greater damage. Thankfully, cyclone Mekunu faded away, but it brought heavy rain and work to purify the earth. Greenery covered mountains and temperatures dropped, waterfalls are everywhere and most importantly, Khareef was here early,” said Marhoon Al Amri, Director General of Tourism in Dhofar Governorate.
He added that visitors from other GCC countries helped boost the tourism figures
‘’Arabian Gulf visitors constituted 20 per cent of Khareef visitors. Salalah is a tourist destination for families who come by road. Here, the customs and traditions are similar and meet the tastes of the average Gulf visitor. In addition, good morals and hospitality on the part of the Omani people make them feel welcome,” Al Amri remarked.
The official said that credit had to be given to the emergency personnel, who saved lives and later helped with the rehabilitation process after the cyclone had dissipated.
‘’The efforts of the National Committee for Climate and the experience and efforts of the Royal Army of Oman, Royal Oman Police, Civil Defence and the Office of the Dhofar governor worked to get things back to normal. They helped us recover from a lot of damage with a proper plan to clear the impact of the cyclone, restore roads and remove impediments that had been scattered after the cyclone hit,’’ Al Amri added.