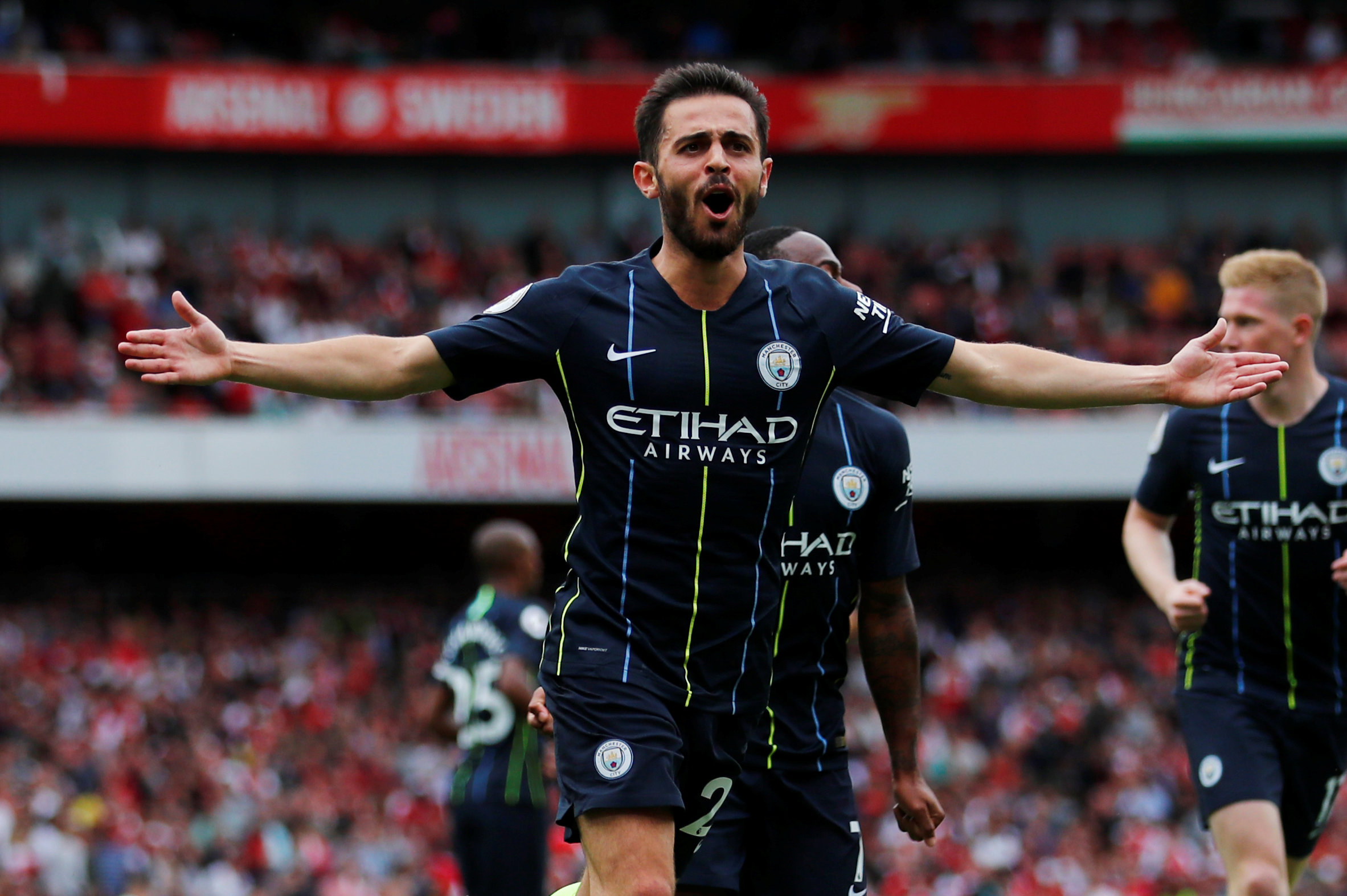 LONDON: Manchester City, who romped to Premier League success by 19 points last season, began the defence of their title with an impressive win away to an Arsenal side playing under new Spanish manager Unai Emery on Sunday.
Attempting to become the first team since Manchester United in 2009 to retain the title, the champions were good value with goals by Raheem Stirling and Bernardo Silva.
Sterling went past two weak challengers to put City ahead in the first quarter of an hour with his 50th league goal.
Soon after debutant Riyad Mahrez from Leicester City was substituted, Bernardo Silva added the second in the 65th minute.
Defender Sokratis Papastathopoulos and teenage French midfielder Matteo Guendouzi made their Arsenal debuts but like so many teams last season the London side found City hard to cope with.
Another new signing, Stephan Lichtsteiner from Juventus, had to replace full back Ainsley Maitland-Niles before the interval and in the second half Uruguayan Lucas Torreira, who is expected to become an important defensive midfielder, also came on.
Pierre-Emerick Aubameyang, who finished last season with four goals in three games, had few chances and Alexandre Lacazette wasted one within a few minutes of coming on in the second half.
City's strength in depth was illustrated when Mahrez made way for Kevin de Bruyne just before the hour mark.
Soon afterwards Sergio Aguero was guilty of shooting instead of playing in De Bruyne but in the next attack Benjamin Mendy, making his first league start since last September, set up Bernardo Silva to score.
City have now lost only one away game in the league -- at Liverpool -- of their last 21.
"I think we were better than them today," Bernardo Silva told Sky Sports. "We wanted to be professional and we did it. We defended very well and were a very compact team."
Emery, meanwhile, will know he has much to do, even before a difficult derby with Chelsea next weekend.