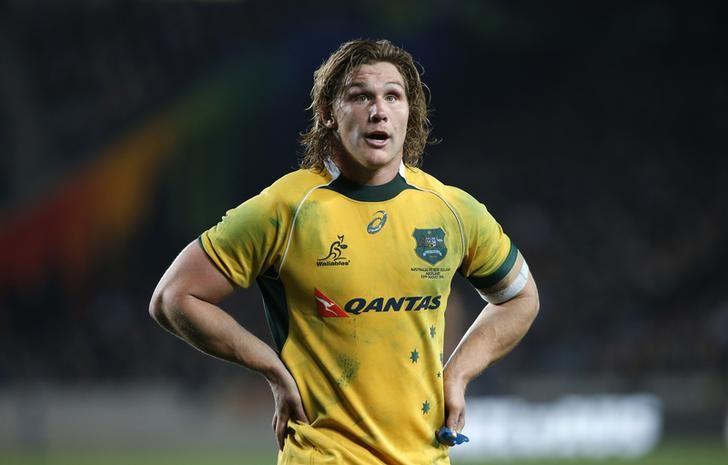 MELBOURNE: Australia captain Michael Hooper has been cleared for Saturday's opening Rugby Championship and Bledisloe Cup test against the All Blacks after recovering from a hamstring injury.
Flanker Hooper was named in a 28-man squad released by Wallabies coach Michael Cheika on Sunday, with prop Scott Sio and winger Dane Haylett-Petty also given the green light for the Sydney match after respective shoulder and knee injuries.
The squad, trimmed down from 36, includes only two uncapped players in outside backs Tom Banks and Jack Maddocks.
Folau Faingaa, Jermaine Ainsley, Rory Arnold, Caleb Timu, Billy Meakes, Curtis Rona, Jordan Petaia and Sefa Naivalu were cut from the preliminary training squad.
With Rona omitted, utility back Reece Hodge is likely to start in the outside centre position vacated by injured duo Samu Kerevi and Tevita Kuridrani.
Israel Folau, who has played outside centre for Super Rugby side New South Wales Waratahs, is another candidate for the starting 13 jersey but Cheika has said he would prefer the explosive dual international to stay in his usual fullback position.
Injuries aside, Cheika suggested he had all but settled on a squad for the tournament and beyond, with the World Cup in Japan little more than a year away.
"We'll have some extra players in there on Monday and Tuesday, so we can get our training done and then I just think that I want to have a bit more focus on the group that's going to play the (All Blacks) game," he said in a media release.
"I want the guys that are not playing in that given week to go and play some footy, whether it be club or NRC (National Rugby Championship), depending on the time of year.
"I just think that little bit of extra focus on a smaller group of players in there can build our alignment and cohesion.
"Everyone's focused on the one task, everyone knows what their role is."
The Wallabies beat the All Blacks in their last encounter in October but have not held the Bledisloe Cup, the annual trophy contested between the teams, since 2002.
Saturday's match also doubles as the opener for the Rugby Championship, which also features South Africa and Argentina.
The world champion All Blacks are bidding for a third successive Rugby Championship title. Australia last won the tournament in 2015.
Squad:
Forwards - Allan Alaalatoa, Adam Coleman, Ned Hanigan, Michael Hooper (capt), Sekope Kepu, Tolu Latu, Brandon Paenga-Amosa, David Pocock, Tatafu Polota-Nau, Tom Robertson, Izack Rodda, Pete Samu, Rob Simmons, Scott Sio, Lukhan Tui, Taniela Tupou
Backs - Tom Banks, Kurtley Beale, Israel Folau, Bernard Foley, Will Genia, Dane Haylett-Petty, Reece Hodge, Marika Koroibete, Jack Maddocks, Nick Phipps, Joe Powell, Matt Toomua