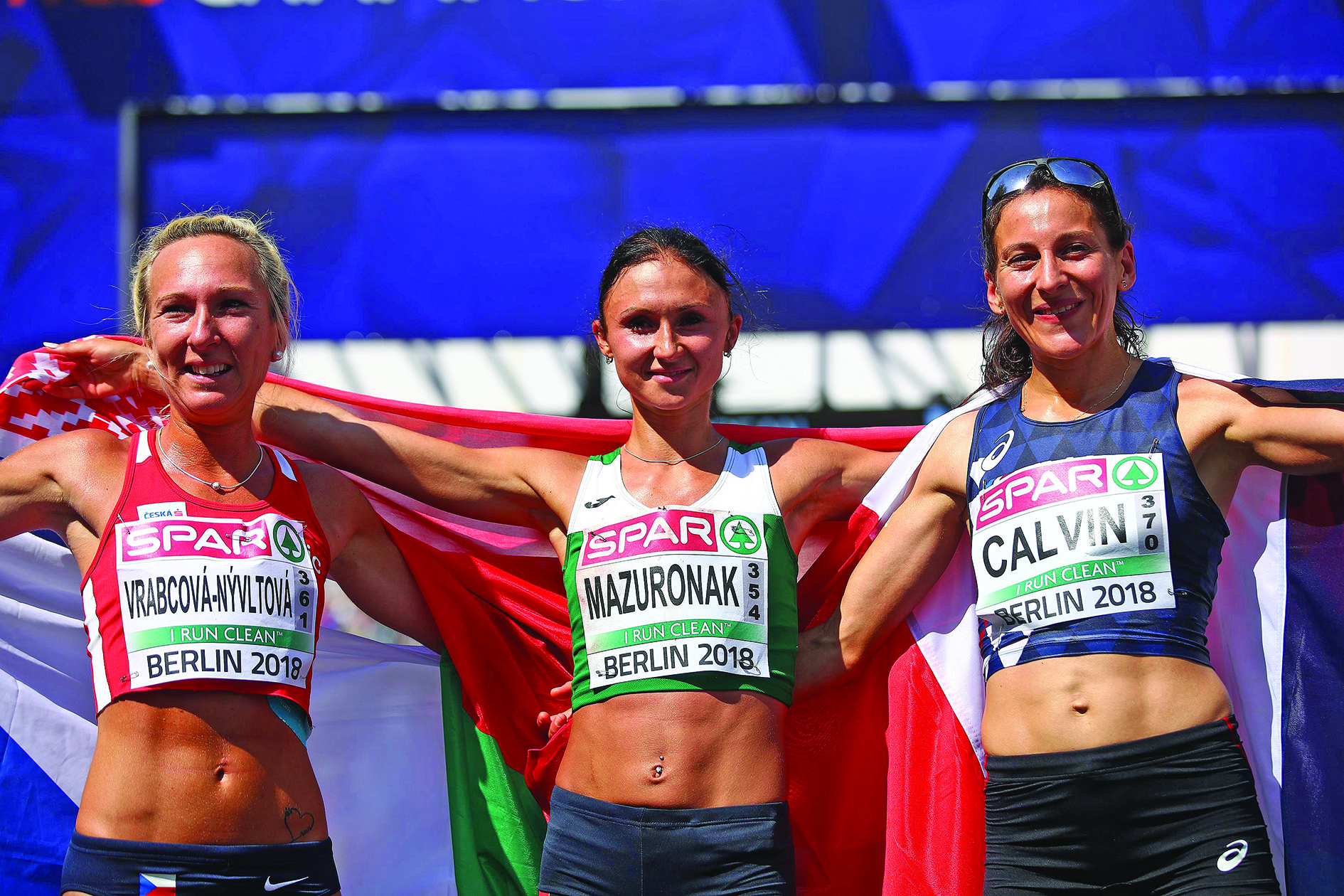 BERLIN: Belarusian Volha Mazuronak overcame severe nosebleeds and a late navigational error before sprinting to victory in a dramatic women's marathon at the European Championships on Sunday.
Little-known Belgian Koen Naert then provided a very different triumph, enjoying the race of his life to run away from the men's field after the 19-mile mark and win by over a minute and a half in a new championship record 2 hours 9 minutes 51 seconds.
Mazuronak produced the steeliest of displays to take the title after twice suffering nosebleeds which left her face covered in blood in the early stages of the race around the streets and tourist attractions of Berlin city's centre.
After dousing herself in water so she could see properly on a warm morning, the 29-year-old race favourite, who was fifth in the Olympics, retained her poise, kept pacesetting and broke everyone except for French marathon debutant Clemence Calvin.
Yet just as she seemed to have opened a potentially decisive gap over former track 10,000m silver medallist Calvin with a kilometre left, Mazuronak took the wrong direction at a sharp turn and had to belatedly readjust, allowing the Frenchwoman to get back on terms.
Even that could not derail Mazuronak, though, as she regrouped and sprinted to the finish next to the Kaiser Wilhelm Memorial Church in 2:26:22, eventually outpacing Calvin by six seconds to become the first Belarusian to win the event.
Eva Vrabcova-Nyvltova, who had stayed with the top two until the final run-in, set a Czech record of 2:26:31 for the bronze.
Naert, whose previous best performance in a largely journeyman career had also come in this city when he finished fifth as the top European in the 2015 Berlin Marathon, was a revelation as he broke the field with a well-timed acceleration between the 25 and 30 kilometres marks.
The 28-year-old demonstrated superb form to stretch away from his pursuers and had enough time to grab a Belgian flag from the crowds lining the finish and lift it aloft as he became the first man from his country since Karel Lismont in Helsinki 1971 to win the title.
Switzerland's Eritrean-born Tadesse Abraham was able to celebrate a silver on his 36th birthday as he came home as distant runner-up in 2:11:24 while Italian Yassin Rachik took bronze in a lifetime best 2:12:09.