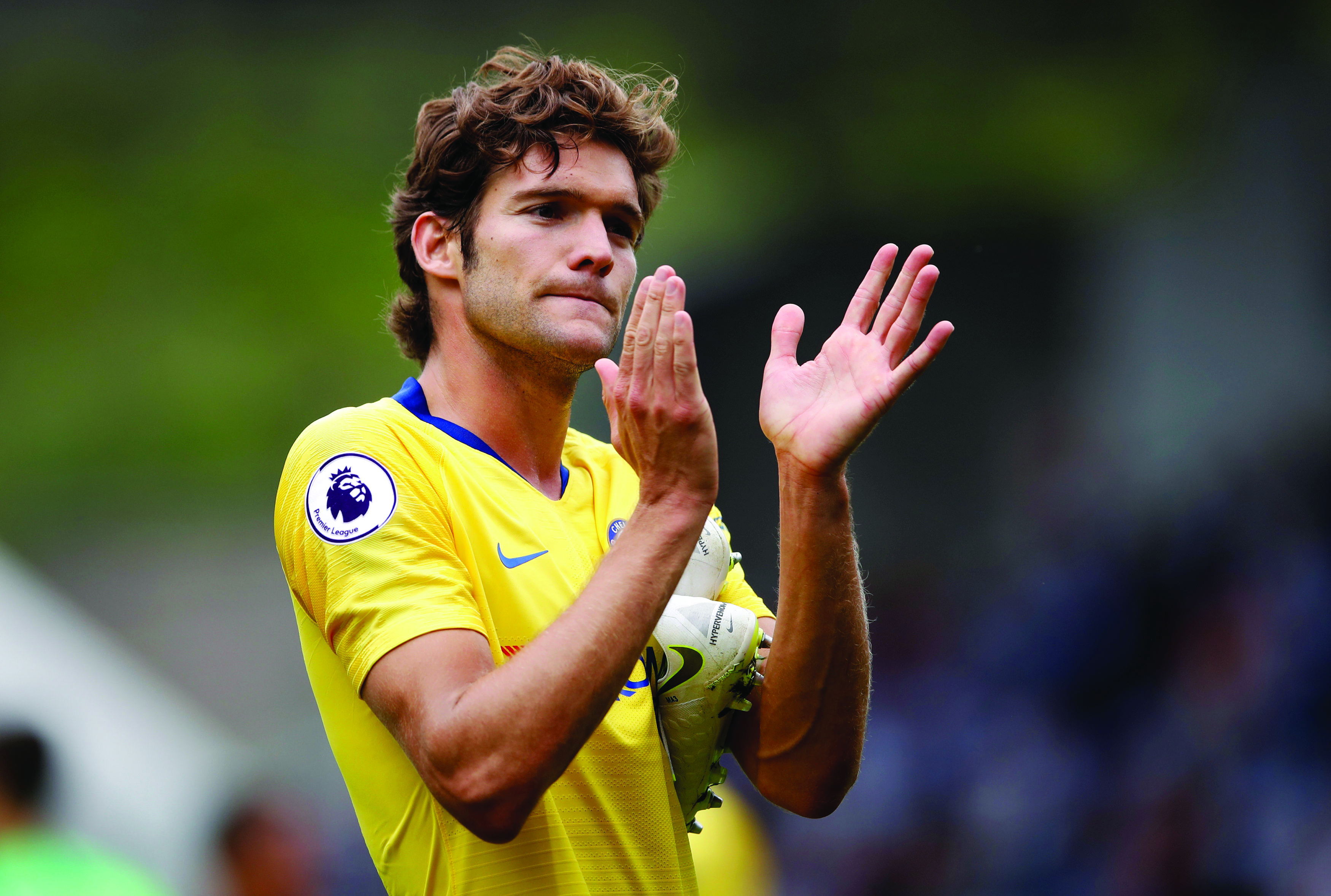 LONDON: Chelsea manager Maurizio Sarri made a winning start to life in the Premier League as his team enjoyed a 3-0 win over Huddersfield Town at the John Smith's Stadium on Saturday.
After enduring plenty of Huddersfield pressure, Chelsea went ahead in the 34th minute when Willian's cross from the left found N'Golo Kante whose mis-hit shot squirted past keeper Ben Hamer.
Chelsea doubled their advantage just before the interval when Marcos Alonso burst into the area and went down under challenge from Christopher Schindler and debutant Jorginho coolly converted the penalty.
A brilliantly constructed counter-attack produced Chelsea's third as substitute Eden Hazard broke from midfield and slipped a perfectly-timed pass to Pedro who beat Hamer with an expert finish.
Pereyra’s brace
Meanwhile, Roberto Pereyra scored twice as Watford opened their Premier League campaign with a comfortable 2-0 victory over Brighton and Hove Albion.
The Argentina international opened the scoring with a stunning volley, showing great composure to sweetly convert from Jose Holebas' corner in the 35th minute.
The 27-year-old Pereyra doubled the hosts' advantage soon after the break, driving into the box before curling a neat finish into the far corner from a tight angle.
Watford had 19 shots and could have won by more against a Brighton side who failed to register an effort on target in a disappointing opening-day defeat.
Clinical Palace
In the later matches held Jeffrey Schlupp and Wilfried Zaha helped Crystal Palace to a 2-0 win at Fulham in a lively Premier League match at Craven Cottage as the home side endured a disappointing return to the top flight.
Ghanaian midfielder Schlupp struck against the run of play in the 41st minute with a fierce shot from a tight angle and Zaha sealed the win in the closing stages when he rounded Fulham goalkeeper Fabri and slotted the ball into an empty net.
Palace goalkeeper Wayne Hennessey made a string of good saves in the opening half, twice denying Fulham striker Aleksandar Mitrovic after he had also kept out a long-range shot from right back Cyrus Christie.
The visitors had the upper hand after the break and although Zaha saw his close-range volley kept out by Fabri on the hour, the livewire Ivorian forward made no mistake in the 79th minute after a defence-splitting pass by Aaron-Wan Bissaka.