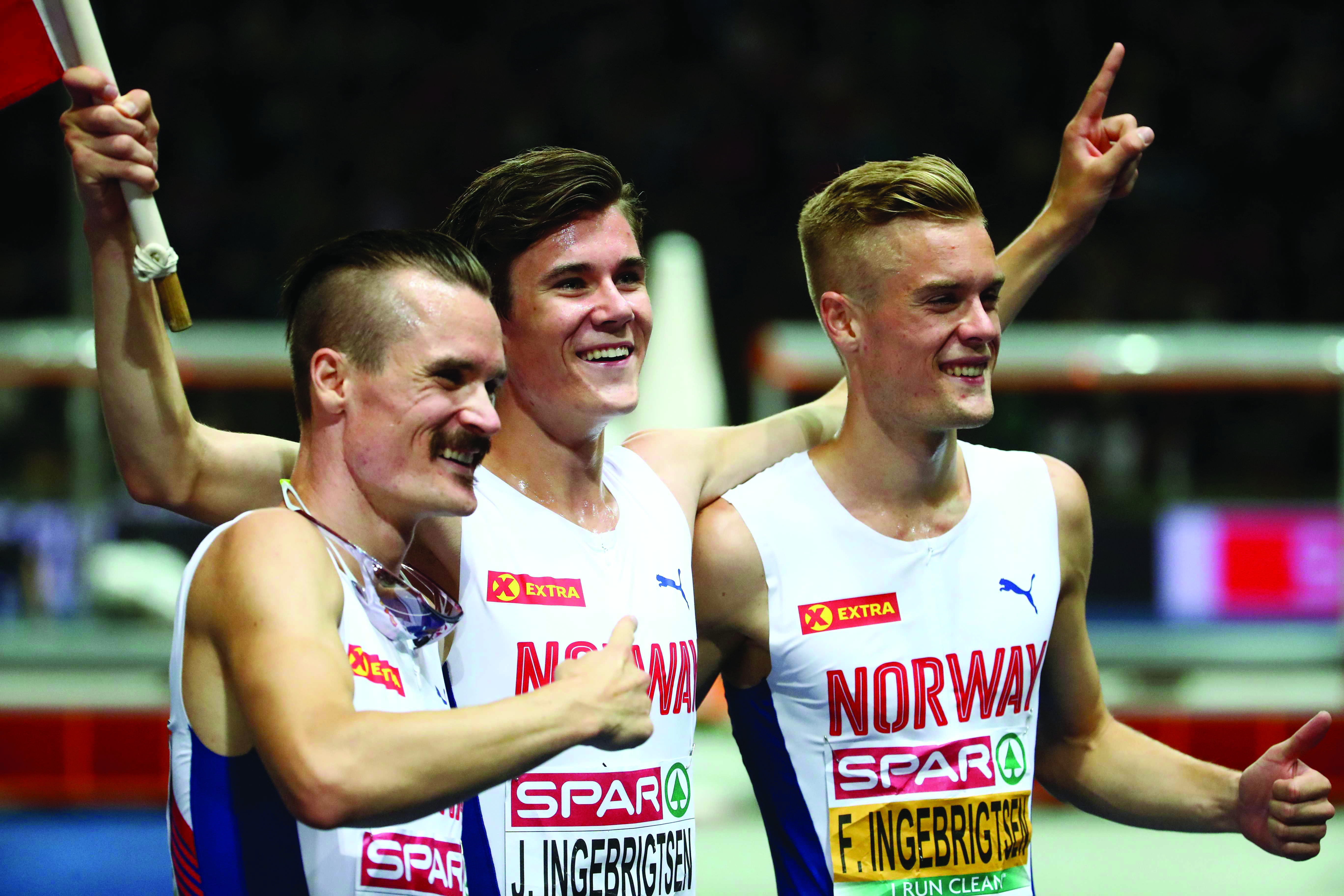 BERLIN: Jakob Ingebrigtsen took less than four minutes to turn himself into a sporting superstar on Friday as the youngest ever European Athletics Championships track winner at the tender age of just 17 -- but his family think we have seen nothing yet.
The story of the Ingebrigtsen brothers Jakob, Filip and Henrik, three very different siblings who became world-class middle distance runners all under the tutelage of their dad Gjert, has enthralled Norway.
The tale enjoyed its most outlandish chapter yet on Friday when all three ran the European 1500 metres final, with reigning champion Filip favourite to triumph only for little brother Jakob to upstage his elders with his front-running triumph in three minutes 38.10 seconds.
Incredibly, it meant that each of the brothers from the small Norwegian city of Sandnes had won the European metric mile in the past six years, following 27-year-old Henrik's win in 2012 and 25-year-old Filip's victory two years ago in Amsterdam.
Yet what has always been a family saga could turn into a one-man show if Jakob, who has long been tipped by his brothers to be the best of them all, carries on like this.
Already the youngest man ever to break the four-minute mile at 16 and having broken the European junior record with a 3:31.18 run in Monaco in July, he is now at 17 years and 324 days the youngest track winner in 84 years at the Europeans.
Indeed, his family reckon his next trick could come as soon as Saturday night when he runs the 5,000m final -- naturally, with his two brothers for company again if Filip, who struggled home 12th after his fall and remarkable recovery in the semis, is fit enough.
"Jakob can win there, too. He can become a double champion here," said proud dad Gjert, after also seeing Henrik finish fourth. "He didn't look tired at the end of his race.
"It's quite ridiculous that he's won, he's only 17 years old. He leads from 600 metres and runs just right away from them. I am extremely surprised at the outcome. That's madness!"
Jakob may be too young to drive a car or buy cigarettes or alcohol in his native Norway but his youth and a touch of naivety may be working in his favour as he sometimes sounds as if he doesn't know what is hitting him.
After holding on to win, he was so befuddled by the race ending that he had to look up at the big screen for 45 seconds before it actually dawned on him what had just unfolded.
"I was wondering if I missed a lap or something," he shrugged.
But his admiring brothers know he's the real thing.
After posing for pictures with Jakob, who was given the Viking helmet to wear, Henrik, the most flamboyant of the trio with his sunglasses and mohawk cut, smiled: "There is nothing that surprises me about him any more.
"There is a greater chance that Jakob will win the 5,000 metres than winning the 1,500 metres. Then you can do the maths yourself!"