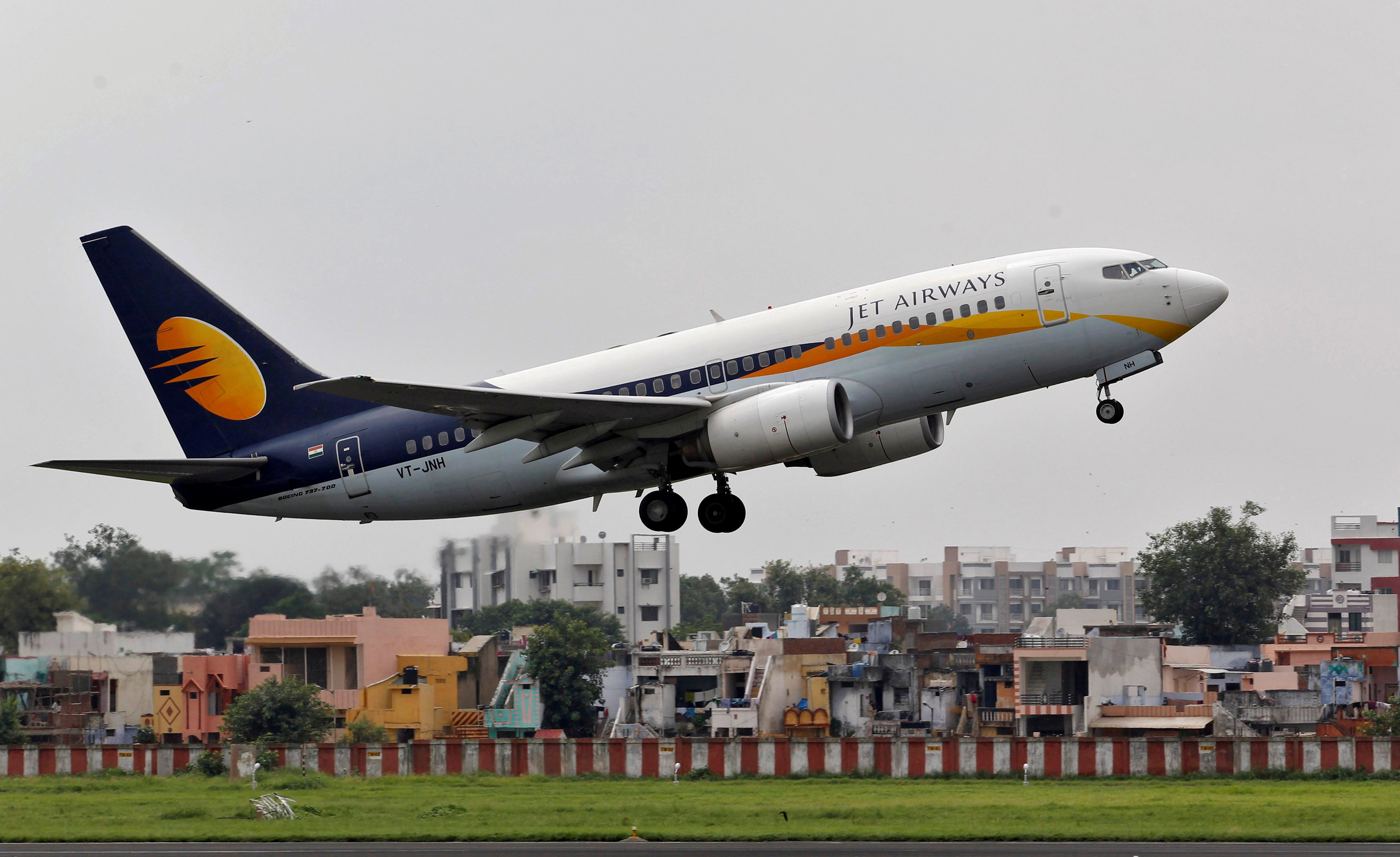 New Delhi/Bengaluru: India's Jet Airways shares hit a three-year low on Friday after it deferred its earnings, prompting analysts to say it urgently needed to recapitalise and restructure.
The airline was due to report quarterly earnings on Thursday but instead told the stock exchange that its audit committee had not signed off on them "pending closure of certain matters".
Jet Airways told staff earlier this month it was running out of money, a source had told Reuters, but it has denied this and said it is confident of cutting costs and keeping its planes flying.
India is the world's fastest-growing aviation market, but surging fuel prices, a weaker local currency and increasingly competitive air fares are hurting airlines.
"Recapitalization is critical and long overdue," Kapil Kaul, CEO and director for South Asia at consultancy CAPA, said.
"This coupled with a very effective restructuring which reorganises the business especially the domestic business is central to stability and viability," Kaul said.
India is one of the cheapest domestic airline markets in the world and carriers have struggled to stay profitable despite filling nearly 90 per cent of seats and seeing a more-than doubling of domestic passenger numbers over the last four years.
Jet Airways needs to repay about 30 billion rupees ($436 million) of loans and bonds over the next three years with a third of it due by the end of next year, Reuters data shows.
One of the airline's lenders is State Bank of India, the chairman of the nation's top bank Rajnish Kumar said on Friday. The loan features on the bank's watch list and special mention accounts, Kumar said, without giving details.
While banks keep a close eye on watch list loans for potential trouble, special mention accounts include borrowers whose loan servicing has been delayed.
"Jet Airways has a very good brand with a successful track of delivery to staff, customers and lenders - though the current situation is more challenging and complex," CAPA's Kaul said.
Jet Airways is the worst-performing airline stock globally, down 64 per cent so far this year compared with a 14 per cent fall on average. Its shares closed 8.5 per cent lower.
The airline, 24 per cent owned by Etihad Airways and valued at about $500 million, earlier this month asked pilots to take a 15 per cent pay cut for two years, a proposal they refused, a senior company executive previously told Reuters.
Chief Executive Vinay Dube said at the time the airline was in talks with employees and suppliers, and was reviewing sales and distribution, payroll, maintenance and fleet simplification to create "a healthier and more resilient business".
Although revenue rose to a record 232.87 million rupees in the year ending in March, the airline's operating profit margin fell to 0.63 from 6.76 a year ago on soaring costs.
Its total debt fell 7 per cent to 84.03 billion rupees ($1.2 billion) as of end-March, but the bulk of it is denominated in US dollars and its debt servicing costs are the highest among listed Indian carriers.