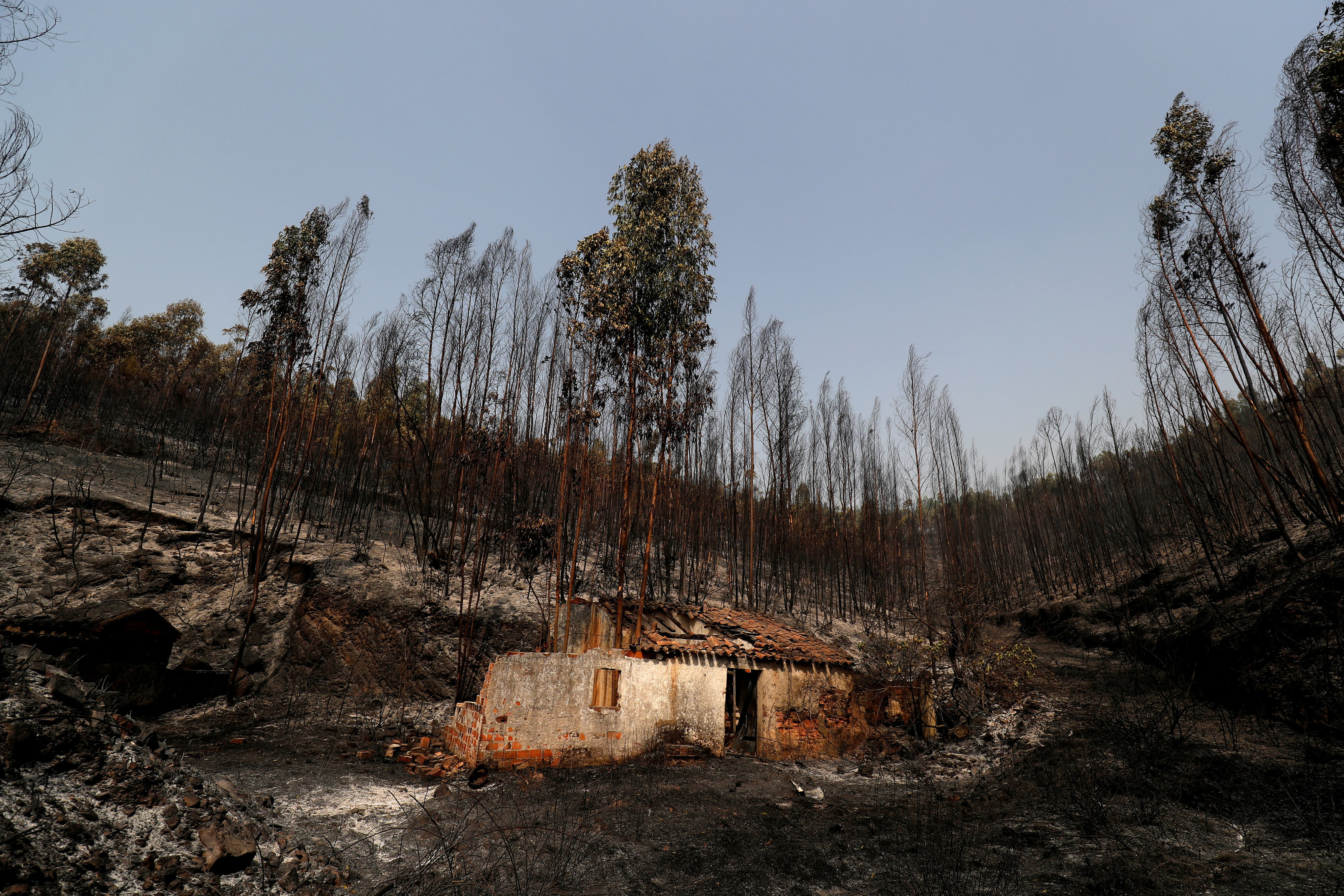 Monchique( Portugal):Portugal's government moved command of the emergency services battling a huge fire in the southern Algarve region to the national level on Tuesday as the fire moved south towards popular tourist towns on the coast.
The blaze started in eucalyptus and pine forests in the hills but is now steadily moving towards the coast where thousands of tourists, foreign and local, take their holidays every year.
Smoke was growing thicker on the coast and flames were closing in on the town of Silves, just 10 km (six miles) inland, where one resident said it was "snowing ashes".
The fire erupted five days ago during an extreme heatwave and has prompted criticism of the authorities despite their efforts to prevent a repeat of the deadliest fires in history last year, in which 114 people died.
There have been no deaths this year as authorities have evacuated villages in the path of the fire. About 30 people have been treated for inhalation and burns. "We have decided to hand over the coordination of the operation to national level, directly managed by the national commander and his team," Interior Minister Eduardo Cabrita announced after an emergency meeting of the Civil Protection Service. "This will allow us to reinforce the mobilisation of resources."
By Tuesday afternoon, another 100 firefighters had been deployed, bringing the total to 1,320. There were 420 fire engines and 17 aircraft involved in the effort. "It's snowing ashes and the sky is yellowish. The scene looks straight out of a science fiction movie because this colour is not normal," said Nuno Sarsfield Magalhaes, 43, who has an agricultural business in Silves.
Further south, there were fears that the fire could spread to the major tourist city of Portimao. "The wildfire has to travel a long distance to reach Portimao but the strong wind can speed up the process," said Meghann do Carmo, a South African living in the area.
"People fear it might happen because the fire is worse than we thought." The head of the National Association of Professional Firefighters, Fernando Curto, called for a change of tactics, including the use of chemicals to fight the fires.
"Last year, the minister was accused of not providing enough resources to support firefighters and this year he sent many more, which means something is not going according to plan," Curto told Reuters.
"Our goal is to explain and present proposals to effectively tackle this fire." A huge fire devastated the Monchique area in 2003, when about 27,000 hectares of land burned. Around 20,000 hectares have burnt so far since Friday.