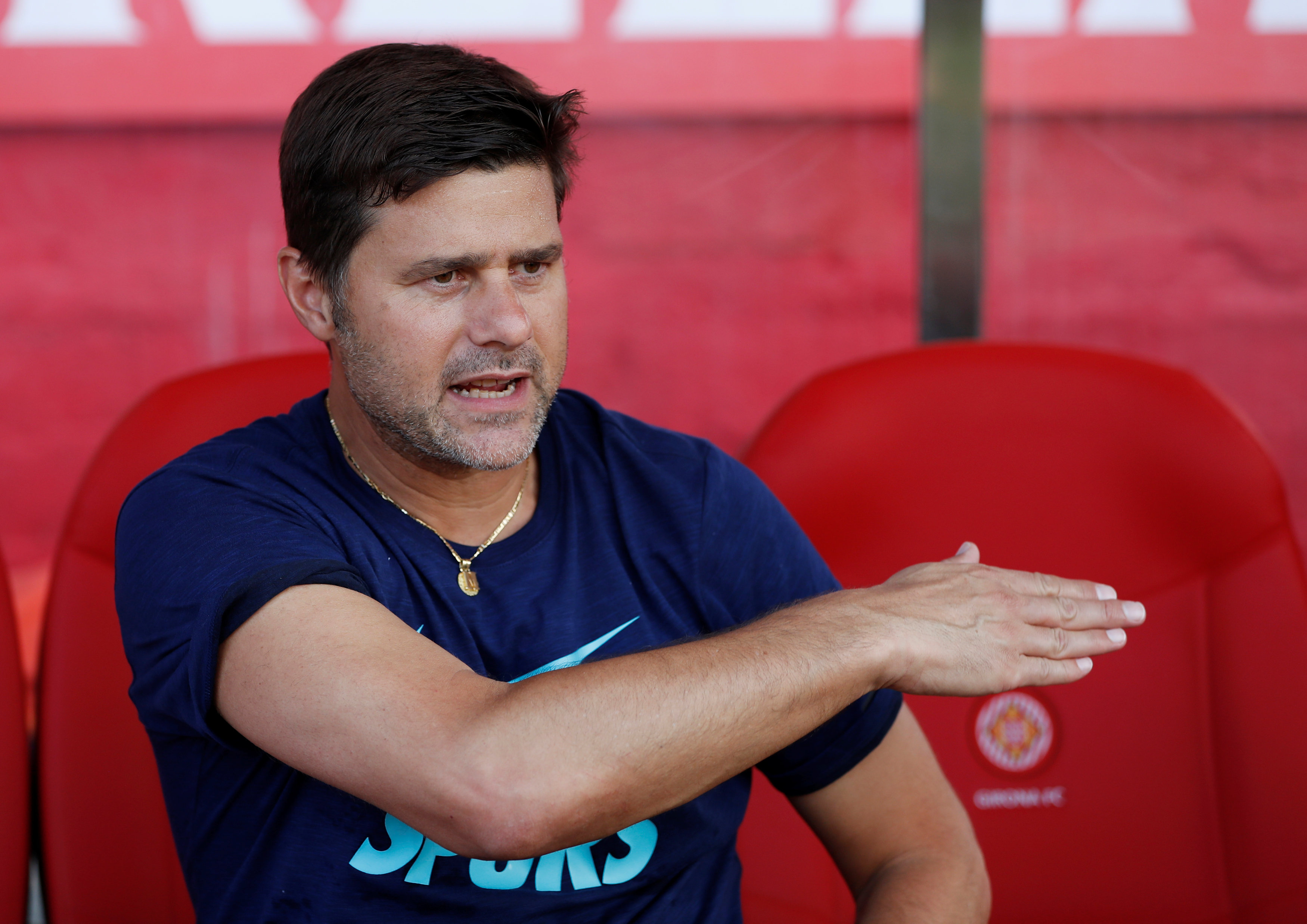 LONDON: Off the pitch the furniture at Tottenham Hotspur will have a shiny new look but on it there will be familiarity as the London club begin a fifth season under Argentine Mauricio Pochettino.
After a season lodging at Wembley, Spurs return to their home since 1899 where a new 850 million pounds ($1.1 billion) stadium has risen on the site of their White Hart Lane ground.
The 62,000-seater -- the biggest club arena in London -- will be a stunning backdrop as they try to build on the progress which made them a fixture in the Premier League top four.
Last season's third-place finish followed a runners-up spot and another third -- an impressive sequence considering the club's net spend was dwarfed by the likes of Manchester City, Manchester United, Chelsea and Arsenal in the same period.
Once again Tottenham have been conspicuous by their absence in the transfer market in the build-up to the new campaign.
They had failed to add any new faces despite Pochettino at the end of last season suggesting the club's hierarchy needed to "be brave and take risks" in order to compete for silverware.
Either chairman Daniel Levy has something up his sleeve late in the transfwer window, as has been the case in previous seasons, or Pochettino's plea has fallen on deaf ears.
Liverpool, who were a place below Spurs last season, have gone on a spending spree and will parade the new faces when Tottenham play their first match at the new stadium on September 15 after using Wembley one more time to host Fulham.
Young Squad
While the lack of squad-strengthening is causing consternation amongst the fans, Tottenham's squad is still young and looks more than capable of standing its ground.
Nine Spurs players featured in the World Cup semi-finals -- more than any other club -- and the likes of England quartet Harry Kane, Dele Alli, Eric Dier and Kieran Trippier will again form an important part of Pochettino's plans.
Belgium's Jan Vertonghen remains Tottenham's defensive rock, although there are doubts as to whether his compatriots Toby Alderweireld and Mousa Dembele will remain with the club.
Denmark's Christian Eriksen will again fill the playmaking role while in Argentine Erik Lamela, South Korea's Son Heung-min and Brazilian Lucas Moura Spurs have lots of attacking options.
Their Spanish striker Fernando Llorente has enjoyed a full pre-season and, providing he does not seek regular first-team football elsewhere, could offer more in the way of back-up to Kane this term after a frustrating opening campaign.
Without one or two major signings, few will back Tottenham to challenge for the title but a third consecutive Champions League campaign means an exciting season lies ahead.
Top managers, of which Pochettino is certainly one, like to embellish their CVs with silverware, however, and a fifth season at Tottenham without anything tangible to show for his efforts could bring things to a head in nine months' time.