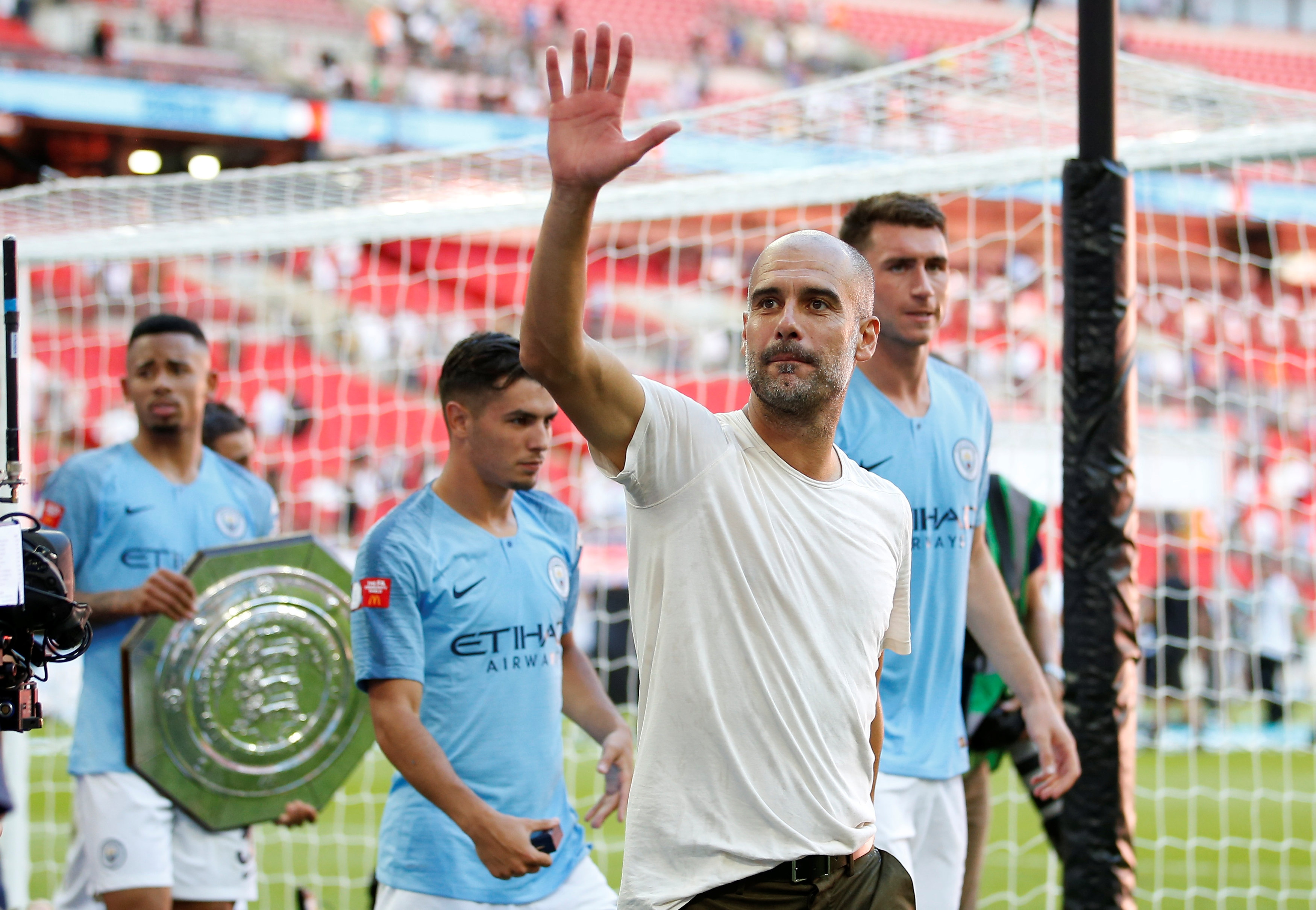 MANCHESTER, England: For a club who have become accustomed to spending heavily in each transfer window, this has been a quiet close-season for Manchester City.
But such was Pep Guardiola's team's domination of the Premier League last season that reinforcements hardly seemed necessary and the solitary addition of Riyad Mahrez makes an already potent attack even more fearsome.
Algerian Mahrez, a key figure in Leicester City's shock 2016 title win, has been brought in for a reported 60 million pounds ($78 million), and will compete with Bernardo Silva, Raheem Sterling and Leroy Sane for a place in City's flexible forward line.
With Sergio Aguero and Gabriel Jesus battling for the starting centre forward role and David Silva indispensable as the link between midfield and attack, Guardiola has abundant options.
The return to fitness of French full back Benjamin Mendy, who made such a promising start to life at the Etihad before an injury in September cut short his season, will also give fresh impetus to the champions.
For those who see an improving Liverpool as a real threat to City and Manchester United and Tottenham Hotspur fans who hope for an open fight for the title, it is worth remembering just how dominant City were last season.
City were the first team to reach 100 points in a Premier League season and finished 19 points clear of their closest rivals United -- another Premier League record.
Guardiola's side scored a record 106 goals at an average of 2.8 per match and dominated all the statistical categories and away from the numbers, their attacking, passing football was frequently a joy to watch.
European Glory
The challenge for City will be to maintain the same level of intensity and consistency in the league while making another push for glory in the Champions League.
The quarter-final exit to Liverpool was a blow to a club who had begun to feel they belonged in the European elite and Guardiola certainly has his eye fixed firmly on that competition.
The one area where City may be vulnerable, in terms of lacking quality cover and options, is in the defensive midfield role occupied by Fernandinho.
Guardiola had hoped to bring in another Brazilian, Jorginho, from Napoli but the player opted to join Chelsea with his former boss from Naples Maurizio Sarri.
It has been a little surprising that Guardiola hasn't sought out another 'number 6' especially given Yaya Toure's departure from the club.
But the Spanish coach has long believed quality players are capable of playing in many different roles and may well think that one of his defenders, or a more attacking midfielder such as Belgian Kevin de Bruyne, are capable of deputising for Fernandinho when necessary.
City's emphatic 2-0 win over Chelsea in the Community Shield laid down a powerful marker to suggest they will again be the team to beat this season.