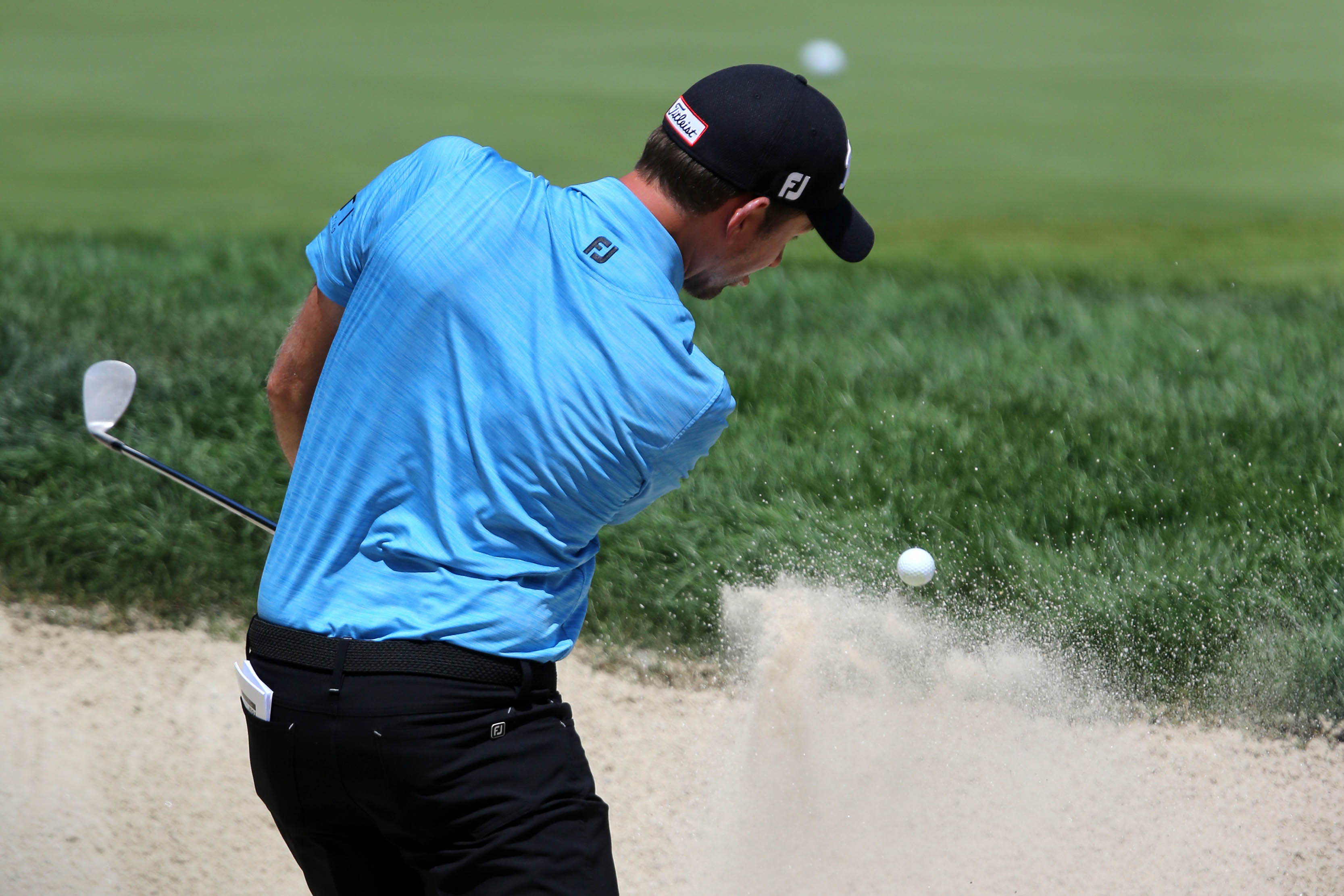 ST. LOUIS, Missouri: Webb Simpson is the man in the American Ryder Cup team hot seat heading into this week's PGA Championship, the final week of automatic qualifying.
The top eight on the points list on Sunday will punch their tickets to Paris -- and Dustin Johnson, Brooks Koepka, Justin Thomas and Patrick Reed are absolute locks.
Bubba Watson and Jordan Spieth can also start brushing up on their French, while seventh-ranked Rickie Fowler is likely to make the team, probably automatically but if not then as a captain's pick.
Simpson, who won the prestigious Players Championship in May, is really under the pump, however, and quite likely to be overtaken if he misses the cut at Bellerive.
Though he could yet survive if his closest pursuers also play badly, he would not want to take any chances, because he cannot rely on a captain's pick.
Close behind Simpson is Bryson DeChambeau, followed by Phil Mickelson and British Open runner-up Xander Schauffele.
Tiger Woods is 20th and, barring an outstanding performance at the PGA, will have to rely on one of captain Jim Furyk's four picks.
But it is difficult to envisage Furyk leaving out either Woods or Mickelson, which suggests there are really only two wild card picks up for grabs.
Woods has a mediocre 13-17-3 record in seven Ryder Cups, though his singles record is an excellent 4-1-2.
But the 42-year-old has displayed an increasing commitment to team events as he has aged, and as next year's Presidents Cup captain and no doubt a future Ryder Cup captain, his experience could be invaluable.
Mickelson has also been astonishingly ordinary in 11 Ryder Cup appearances, with an 18-20-7 record, but he too has embraced the event in the past few years.
Though the automatic picks will be finalised on Sunday, the captain's picks will be made closer to the Ryder Cup so that Furyk can assess form nearer to the competition.
He will make three of his choices on September 3, and the final one on September 9.
The Ryder Cup will be held at Le Golf National from September 28-30.
The U.S. is the defending champion but it has lost the last five times in Europe and is without an away win since 1993.