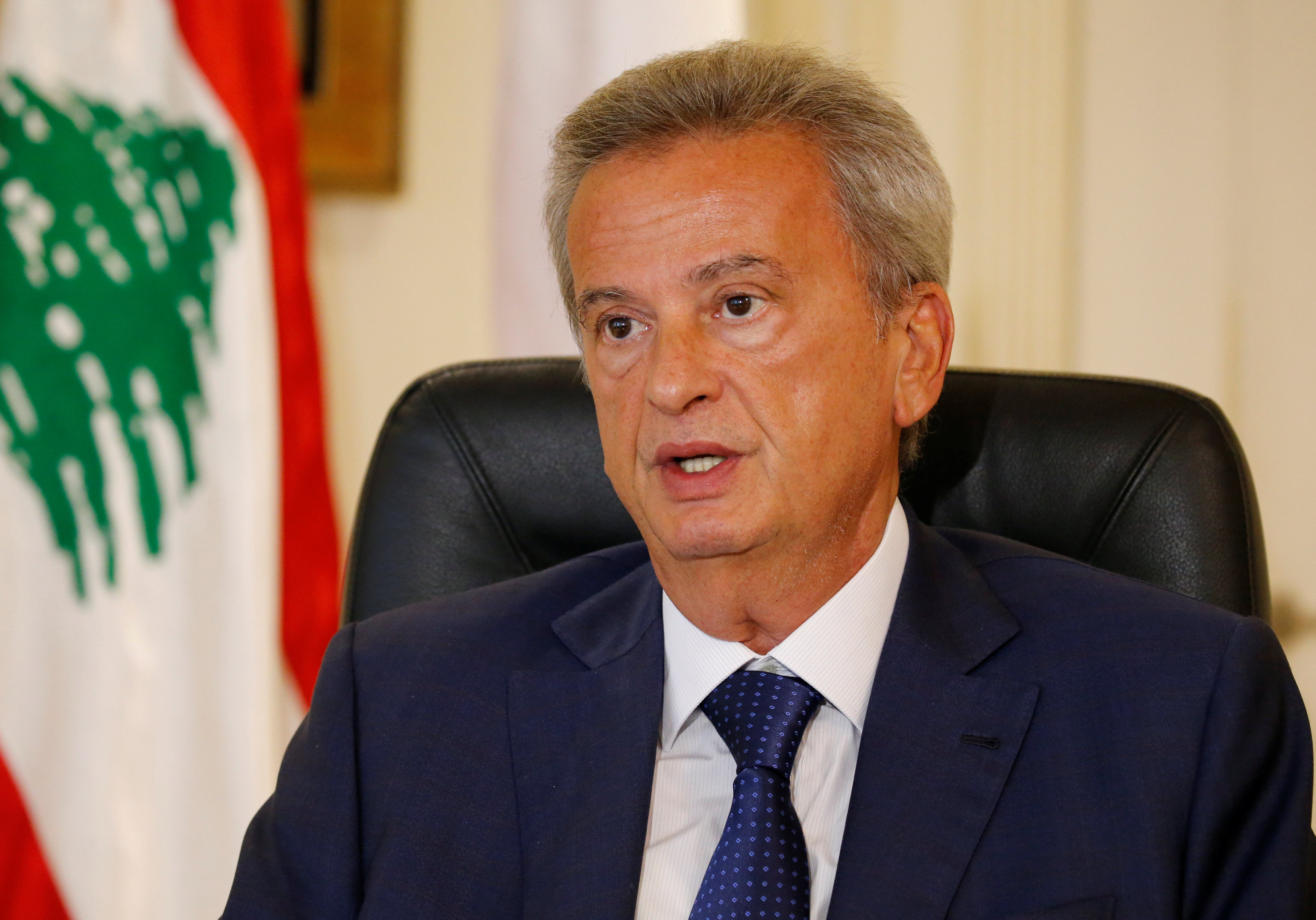 Beirut: Lebanon's pound is stable and the central bank has the means to defend its stability, central bank governor Riad Salameh said on Monday, urging fiscal reforms to reinforce monetary stability.
Salameh, in an interview with Reuters, said the central bank was not concerned about the pound - pegged at its current level since 1997 - despite "a lot of rumours".
"We are looking at stability on the monetary side and that stability will be reinforced if the reforms are initiated in order to bring down the budget deficit," said Salameh, who has been in the job for 25 years.
Lebanon has the third largest debt-to-GDP ratio in the world, touching more than 150 per cent at the end of 2017, according to the International Monetary Fund.
The IMF said in June Lebanon was in need of "an immediate and substantial fiscal adjustment" to improve debt sustainability. Following an election in May, donor states are hoping for a new government that will bring down the deficit.
But while Prime Minister-designate Saad Al Hariri has vowed to implement reforms, talks on forming a new unity government have hit an impasse. Politicians have warned Lebanon faces an economic crisis.
Salameh said it was not true that Lebanon was heading for a financial crisis, adding that there were rumours which aimed "to create fear" and "decrease confidence in stability".
"I don't know who is behind them."
The central bank's foreign assets stand at more than $44 billion, up from $42 billion at the end of 2017.
Bank deposits are expected to go up by between 4 per cent and 5 per cent this year, which Salameh called "acceptable for Lebanon".
Remittances, a pillar of the economy, are stable. Non-performing loans were also at a stable 3.5 per cent, he said.
Salameh said last month he expected bank lending to fall by 1.6 per cent in 2018 on last year. "If there is a slowdown, it is related to lower growth in the economy and not to liquidity," he said.
The IMF has estimated economic growth of 1-1.5 per cent in 2017 and 2018. In a June statement, the IMF Executive Board said the traditional drivers of growth in Lebanon - real estate and construction - were weak and a strong rebound unlikely soon.
The central bank has forecast 2 per cent growth this year.
The IMF board commended the central bank for its "critical role in attracting deposit inflows and effectively managing the difficult situation".
Asked about the interest rate outlook, Salameh said current rates were "proper" and still provided depositors with a return after an inflation rate of around 5 per cent for the year was taken into account.
Private sector banks were offering higher yields to increase their deposits in Lebanese pounds, he said.
In May, the government completed a $5.5 billion debt swap with the central bank, issuing Eurobonds to the central bank in exchange for Lebanese pound T Bills.
Asked if there were plans for a further swap, Salameh said: "No we don't have this intention because our balance of payments is behaving relatively well. We would have hoped for more surplus. We have a slight deficit, but not to the extent that warrants a new swap operation."