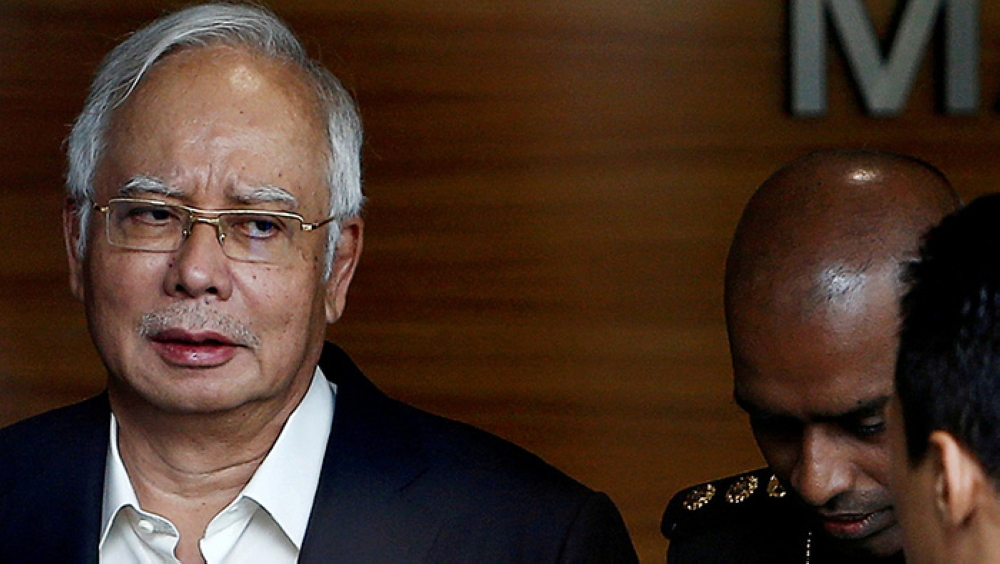 Kuala Lumpur: Malaysia's anti-graft agency has called on Najib Razak, the former premier who is embroiled in a graft scandal at state fund 1Malaysia Development Berhad (1MDB), to appear at its office on Tuesday.
Najib has been asked to appear at the Malaysian Anti-Corruption Commission (MACC) office at 5pm, a report on the website of The Star daily said. He will be released after MACC records his statement, it said.
One source aware of the matter confirmed the news report, but offered no further details. MACC and Najib's spokesman did not immediately respond to a request for comment.
Najib was arrested and charged in Malaysia last month with abuse of power and criminal breach of trust related to an alleged transfer of 42 million ringgit ($10.31 million) into his personal bank account from SRC International, a former unit of state fund 1MDB.
He has pleaded not guilty to the charges and was released after posting bail. He is scheduled to attend a pre-trial hearing in court on Wednesday.
Najib and his family has faced intense scrutiny since a shock defeat in a May election by his former mentor-turned-foe, Mahathir Mohamad, who reopened an investigation into 1MDB after becoming prime minister.
1MDB is being investigated by at least six countries, including Singapore, Switzerland and the United States, over alleged money laundering and graft.
The U.S. Department of Justice says an estimated $4.5 billion was misappropriated from 1MDB by high-level officials of the fund and their associates.
Najib and his wife Rosmah Mansor have been barred from leaving the country.