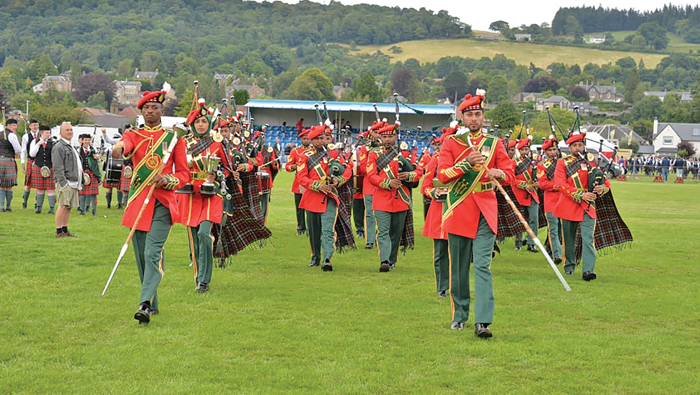 Muscat: The Music Band of the Royal Army of Oman (RAO) represented by the drums and bagpipes band came first at the infantry and punctuality competition. It also captured the best music band award for bands from outside the United Kingdom. The band came second at the general level at the competition with concluded at Sterling city of Scotland at the second qualifying round for the final competition.
RAO drums and bagpipes band staged a number of performances that were well received by fans who hailed the high level of the band at the competition.