130 per cent rise in spending on Oman education 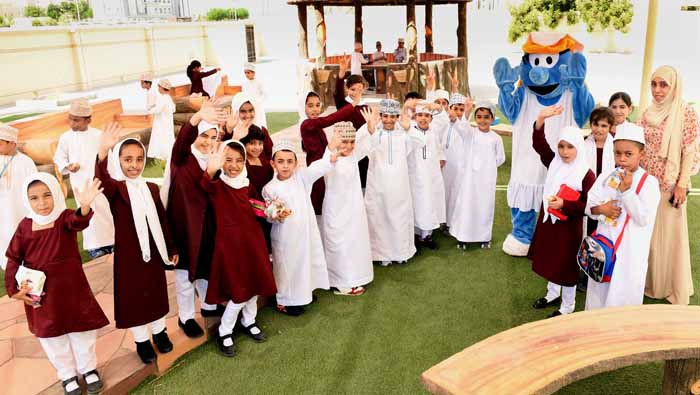 Muscat: Government spending on primary and secondary education has risen by 130 per cent over the last decade amid an increase in the number of students and teachers, according to the National Centre for Statistics and Information (NCSI).
“The increase in the value of spending is only natural due to the increase in the number of students, teachers, and educational tools used to improve the output and quality of education,” Mohammed Al Hosni, Director General of Finance at the Ministry of Education, told the Times of Oman.
According to the NCSI, the current expenditures of the ministry last year stood at OMR1.239 billion, a significant spike from the OMR529,000 spent by the ministry on education in 2008.
“The increase in salaries in 2015 was the main reason for the increase in expenditure in education,” said Al Hosni. “Salaries constitute about 88 per cent of the budget of the Ministry of Education.” The percentage share from total government expenditure also increased last year to 11 per cent, compared with 8 per cent a decade ago.
“In 2011, many new employees were appointed to the ministry, which led to an increase in the annual budget to meet their salaries,” he added.
“The employees of the Ministry of Education represent some 50 per cent of the total number of employees in the government sector in Oman.”
There are currently 748,464 students enrolled in public, private, and international schools in the Sultanate, according to the annual report of the Ministry of Education.
“It is only natural for expenditures to rise because the devices used in schools have been diversified, and there has also been an increased interest in developing the teachers’ knowledge by sending them abroad and training them,” said Sayyid Dr. Said Al Busaidi, a member of the education committee at the State Council.
There has also been an increase in the number of public schools in 2017 compared with 2016. There are currently 1,125 public schools in the Sultanate, serving a total of 579,024 students.
Private schools witnessed a 10 per cent increase in the number of new schools in Oman.
The number of registered students in 636 private schools totaled 105,680, while 63,760 students were registered in the country’s 44 international schools.
Data also showed that female students accounted for 60.8 per cent of the total number of students last year.
To cope with the growing number of students enrolling in schools around the country, the ministry has increased the number of teachers in private and public schools to 65,990.
In addition, class sizes have also decreased over the last decade, with one public school teacher being in charge of an average of 10.2 students, and one private school teacher in charge of every 11 students.
“As the number of expats increase to almost half the population, they require schooling as well,” added Al Busaidi. “If you bring in a foreigner to the country, you must provide them with all the necessary services, such as education and health.”