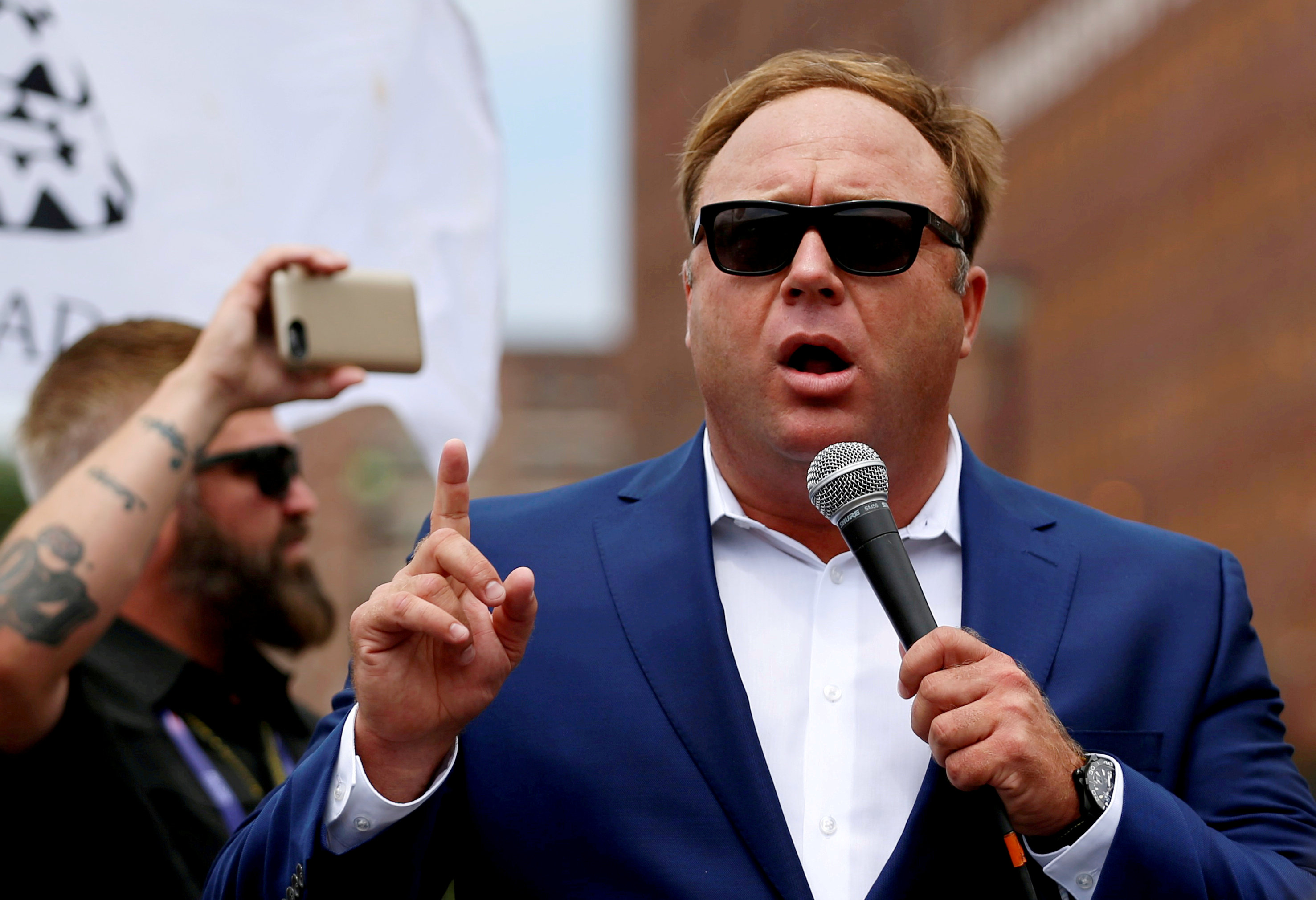 Atlanta: Facebook Inc announced on Monday that it had removed four pages belonging to US conspiracy theorist Alex Jones for "repeatedly posting content over the past several days" that breaks its community standards.
The company said it removed the pages "for glorifying violence, which violates our graphic violence policy, and using dehumanising language to describe people who are transgender, Muslims and immigrants, which violates our hate speech policies."
"Facebook bans Infowars. Permanently. Infowars was widely credited with playing a key role in getting Trump elected. This is a co-ordinated move ahead of the mid-terms to help Democrats. This is political censorship. This is culture war," Infowars editor-at-large Paul Joseph Watson tweeted https://twitter.com/PrisonPlanet/status/1026433061469257733.
Neither Jones nor a representative for Infowars was available for comment.
Since founding Infowars in 1999, Jones has built a vast audience. Among the theories he has promoted is that the Sept. 11, 2001, attacks on New York and Washington were staged by the government.
Facebook had earlier suspended the radio and Internet host's personal profile for 30 days in late July from its site for what the company said was bullying and hate speech.
Most of Jones's podcasts from his right-wing media platform Infowars have been removed from Apple Inc's iTunes and podcast apps, the media news website BuzzFeed quoted a company spokesman as saying on Sunday.
Apple told BuzzFeed that it had removed the entire library for five of Jones's six Infowars podcasts including the shows "War Room" and the daily "The Alex Jones Show."
Only one program provided by Infowars, "RealNews with David Knight" remained on Apple's platforms on Sunday, according to news media accounts.
The moves by Apple and Facebook are the most sweeping of a recent crackdown on Jones's programs by online sites that have suspended or removed some of his conspiracy-driven content. An Apple spokeswoman said in a statement that the company "does not tolerate hate speech" and publishes guidelines that developers and publishers must follow.
"Podcasts that violate these guidelines are removed from our directory making them no longer searchable or available for download or streaming," Apple said in a statement. "We believe in representing a wide range of views, so long as people are respectful to those with differing opinions.”
Also, Spotify, a music and podcast streaming company, said on Monday that it had now removed all of Jones's Infowars programmes from its platform. Last week it removed just some specific programmes.
"We take reports of hate content seriously and review any podcast episode or song that is flagged by our community," a representative said Monday.
"Due to repeated violations of Spotify's prohibited content policies, The Alex Jones Show has lost access to the Spotify platform," the representative said.
Jones has also promoted a theory that the 2012 Sandy Hook school massacre was faked by left-wing forces to promote gun control. The shooting left 26 children and adults dead at a Connecticut elementary school.
He is being sued in Texas by two Sandy Hook parents, seeking at least $1 million, claiming that they have been the subject of harassment driven by his programmes.