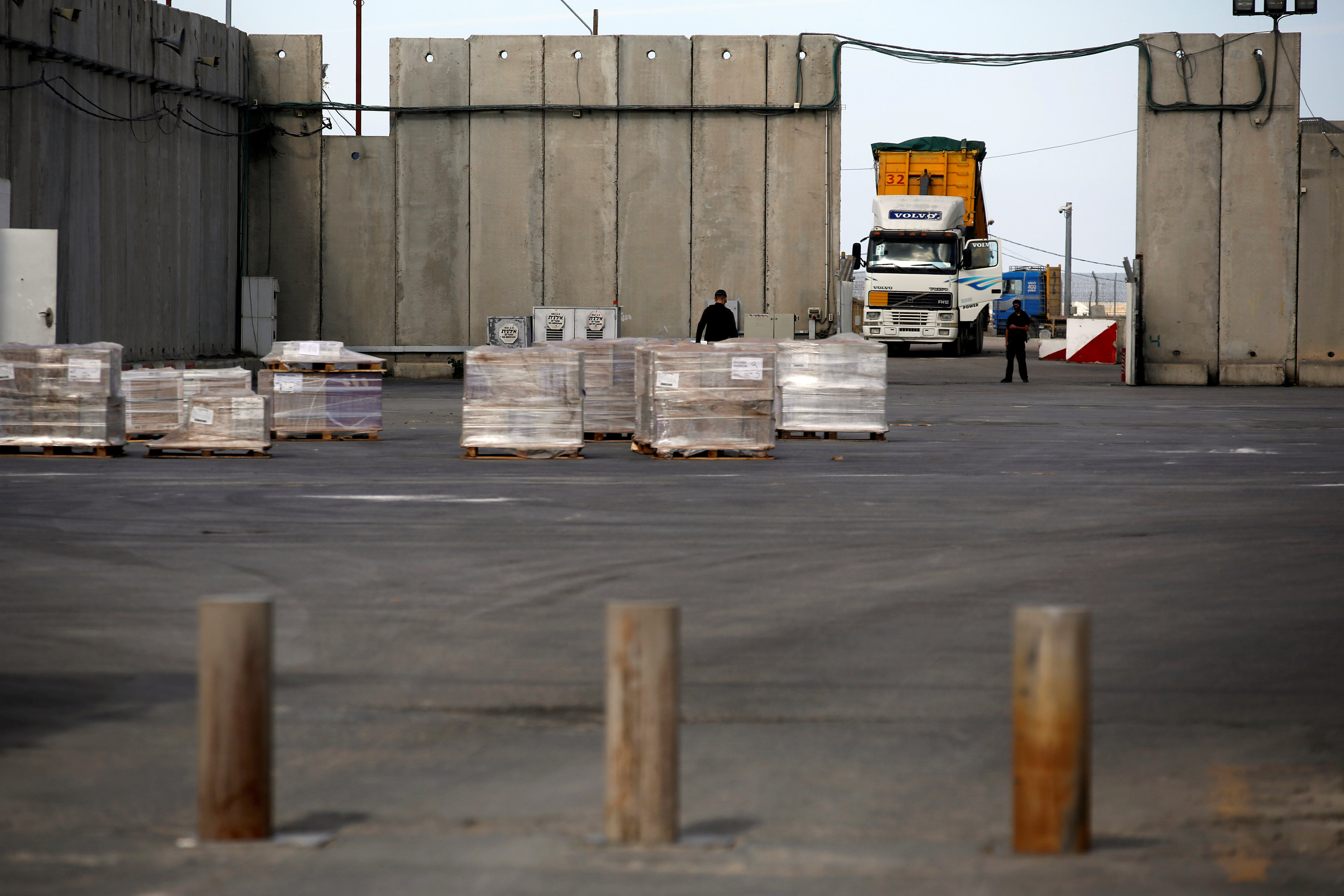 Occupied Jerusalem: Egypt bears as much responsibility for the Gaza Strip as Israel does, an Israeli cabinet minister said on Monday, in remarks that could upset Cairo as it tries to avoid being drawn back into the Palestinian enclave while brokering truce talks there.
In parallel to UN mediation, Egypt has used its contacts with both Israel and the dominant Palestinian group Hamas to discuss ways of calming a more than three-month-old surge in confrontations along the Gaza-Israel border.
But some Egyptian officials say they would resist any attempt by Israel, or its US ally, to shift to Cairo the onus for addressing Gaza's long-term governance or economic problems.
Egypt ruled Gaza before losing it to Israel in a 1967 war. Israel withdrew troops and settlers from Gaza in 2005 while keeping control of its coast and airspace. Egypt has helped the Israelis isolate Hamas while insisting they remain the occupiers of Palestinian territory and therefore uniquely liable for Gaza.
Asked about Cairo's role in the truce talks, Zeev Elkin, a member of Israeli Prime Minister Benjamin Netanyahu's security cabinet and Likud party, said Egyptian security needs meant the Arab power "understands that it cannot shrug off Gaza".
"As far as we are concerned, after the State of Israel left Gaza, responsibility should not be imposed on us. Egypt is no less responsible," Elkin to Israel's Ynet TV in an interview.
"We left Gaza. If someone strikes at us from Gaza, they will get hit back. Let the Arab world resolve the internal, humanitarian problem of the Gaza Strip. Why should we bear responsibility for this?"
Asked if Elkin's comments reflected Netanyahu government policy, an Israeli official close to the prime minister declined comment. There was no immediate response from Cairo.
But Egyptian officials have privately voiced worry about Israeli calls for them to be more involved in Gaza, proposals that they think may dovetail with the Trump administration's efforts to address Palestinian grievances with pan-Arab help.
According to one Egyptian official, the Foreign Ministry in Cairo instructed its diplomats in a June 10 cable to emphasise that Egypt would not budge from its position that Israel is the country with exclusive, ultimate responsibility for Gaza.
A ministry spokesman was not immediately available to respond to a request for comment on the cable.
The Egyptian official, who spoke to Reuters on condition of anonymity, summarised Cairo's message as: "We are willing to do what we can to calm down the situation in Gaza or work on Palestinian reconciliation. But we will not take over from Israel in Gaza. It's Israel's problem."
The Palestinians and the United Nations similarly dispute Israel's assertion that it ended its occupation of Gaza in 2005.
On Sunday, when the Israeli security cabinet convened to discuss the Gaza truce ideas, one member - Intelligence Minister Israel Katz - tweeted that these should include "bringing Egyptian infrastructure, at sea and on land, to bear for the good of Gaza, under international supervision".
The Egyptian official said Cairo would not let its facilities or territory in the Sinai desert, bordering Gaza, be used to relieve Israel of keeping the Palestinian economy alive.
Still, in what Palestinians saw a goodwill gesture, Egyptian cooking oil began entering Gaza on Sunday, offsetting Israeli supplies cut off in retaliation for the border violence.
The White House said on June 21 that it had discussed with Egypt "the need to facilitate humanitarian relief to Gaza".