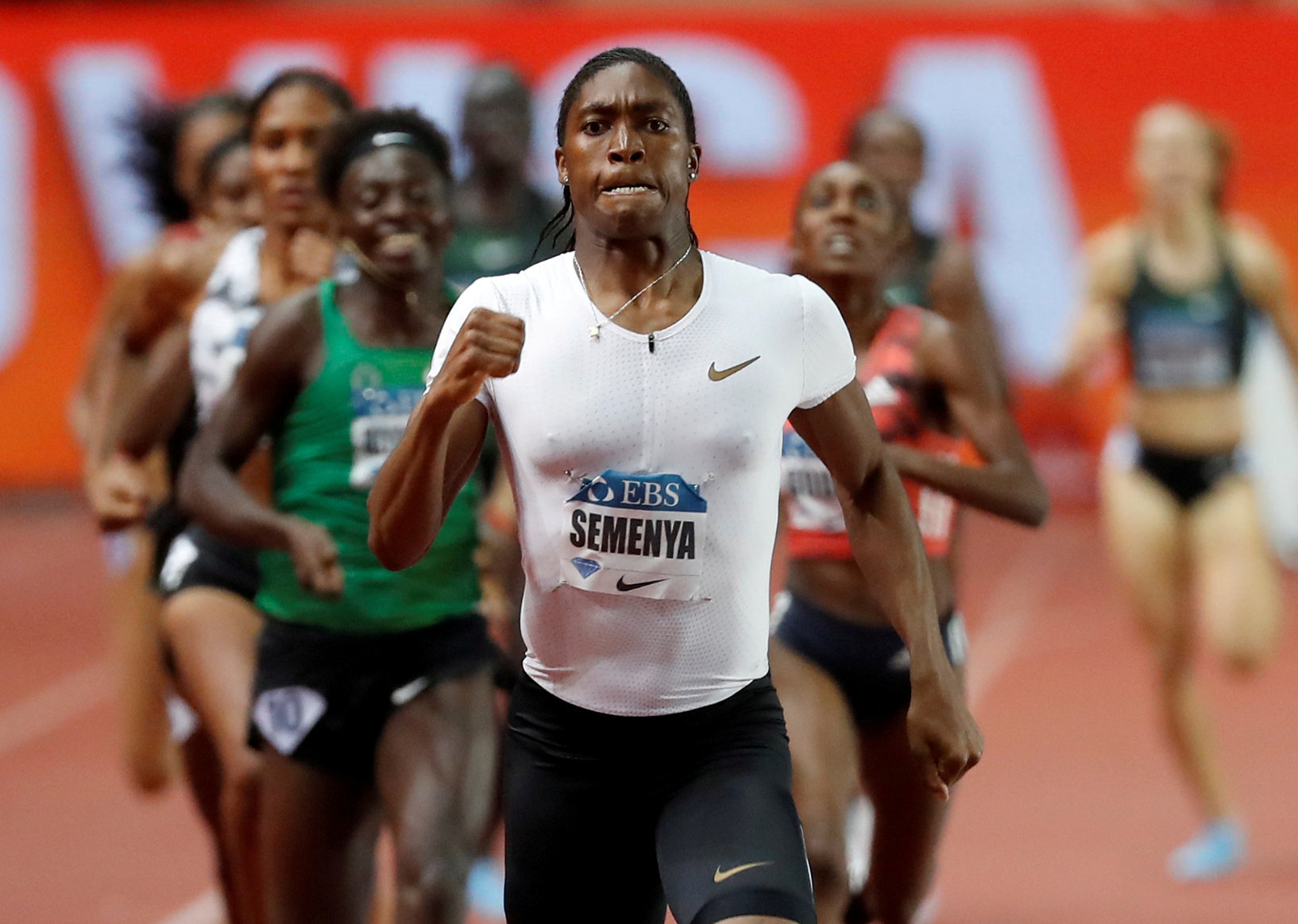 ASABA, Nigeria: South Africa's Olympic and world champion Caster Semenya won her 27th successive 800 metres final when she clocked an impressive one minute 56.06 seconds at the African championships in Asaba, Nigeria on Sunday.
The title was the second at the five-day games for the 27-year-old who had earlier won the 400m in a national record of 49.96 seconds, while her 800m time was a championship record.
Winner of the 800 and 1,500 metres at the 2016 African championships, Semenya has not been beaten in the shorter race since 2015.
"Today was just to see how we could run after a hard 400 metres,” the South African told the IAAF website https://www.iaaf.org/news/report/african-championships-asaba-final-day. "Which wasn't a bad thing to do - to test my limits after running 49. And 1:56.06, that's a beautiful time. I couldn't have asked for more."
With winners in the championships qualifying for next month's Continental Cup in Ostrava, the 27-year-old Semenya confirmed she would contest both distances.
Burundi's Francine Niyonsaba, the Olympic and world silver medallist, again was second, running 1:57.97, with Ethiopia's Habitam Alemu taking the bronze in 1:58.86.
Ivory Coast's Marie-Josee Ta Lou added the 200m title to her 100 crown, winning in 22.50 over Cameroon's Bevina Abessolo (23.36).
Kenyan Golds
Kenya piled up six more golds in sweeping the women's 3,000m steeplechase and winning the men's 1,500m, 5,000m, 4x400 relay, 20km race walk and javelin.
World record holder Beatrice Chepkoech clocked 8:59.88 for a comfortable win over team mates Celliphine Chespol (9.09.61) and Fancy Cherono in the steeplechase.
Commonwealth Games champion Elijah Manangoi snapped training partner Timothy Cheruiyot's five-meet winning streak in Kenya's 1-2 in the 1,500. Manangoi claimed gold in 3:35.20 with Cheruiyot running 3:35.93.
Edward Zakayo, who is only 16, claimed the 5,000m title in 13:48.58, 2008 Olympic champion Julius Yego won the javelin with a throw of 77.34 metres and Alphas Kishoiyan anchored Kenya to the 4x400m relay gold in a championship record 3:00.92.
The performances sent the Kenyans to the top of the medals table with 11 golds, six silver and two bronze.
South Africa, with Ncincilili Titi taking the men's 200m in 20.46 seconds, finished second in the gold race with nine. They had 30 overall medals, 13 silver and eight bronze.
Hosts Nigeria also had nine golds after Glory Nathaniel took the women's 400m hurdles in 55.43 seconds, Grace Anigbata won the women's triple jump (14.02m) and their women's 4x400m relay team ran 3:31.17.