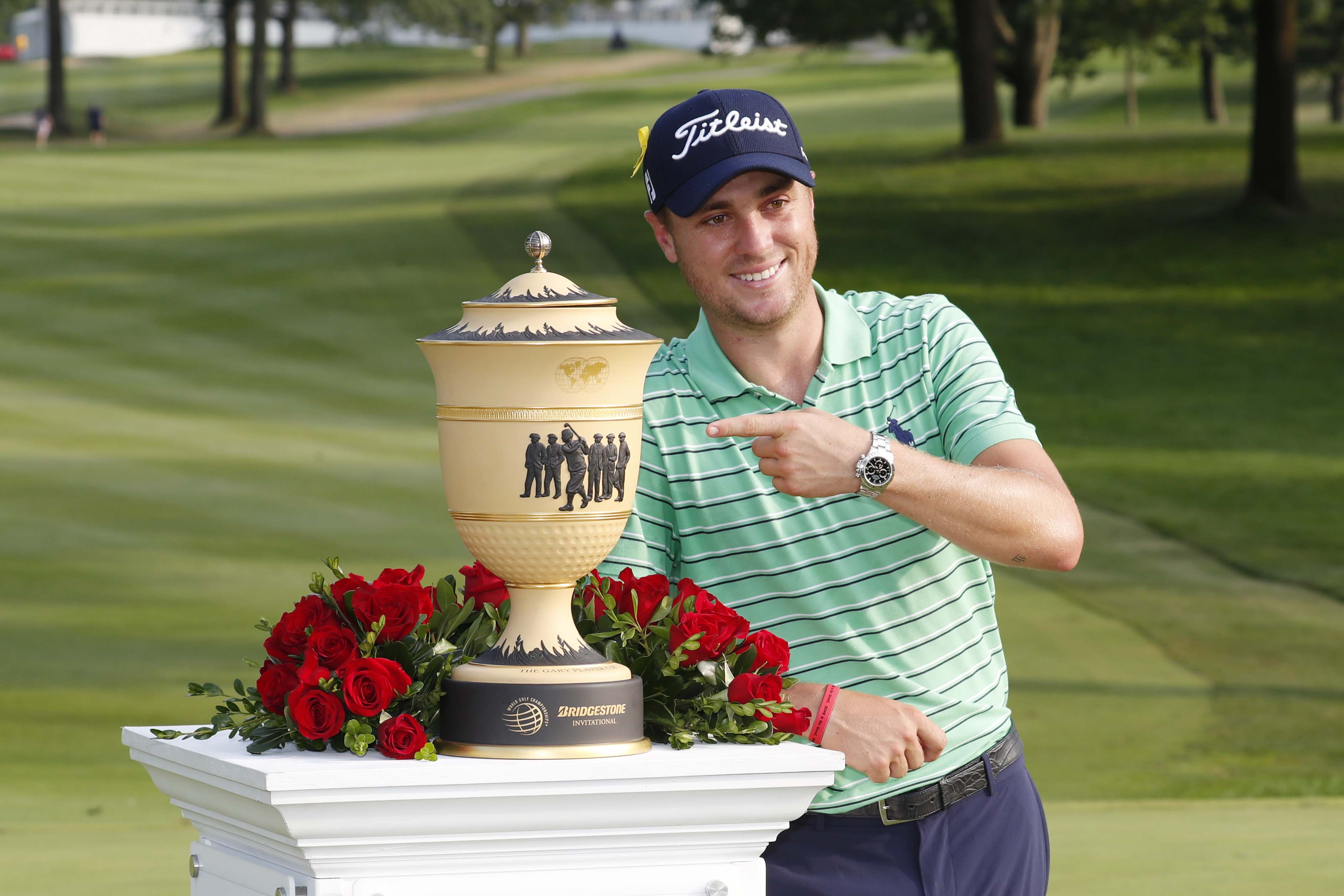 AKRON, Ohio: Winning the WGC-Bridgestone Invitational on Sunday had put Justin Thomas in a "great place mentally", with the timing perfect as he gears up to defend the PGA Championship title.
Thomas showed his game and mind are both firing as he stayed clear of the field for a four-stroke victory in Akron, Ohio, on Sunday.
Thomas started the final round with a three-shot cushion and was never seriously challenged, a one-under-par 69 more than enough to clinch his first World Golf Championships event and ninth PGA Tour title.
He finished at 15-under 265 at Firestone, while fellow American Kyle Stanley carded 68 for second place on 11 under.
World number one Dustin Johnson and Dane Thorbjorn Olesen shot 64 and tied for third on 10 under.
"I take a lot of pride in how I played today," Thomas told reporters. "I was very nervous going in.
"With a three-shot lead I knew I needed to play well but I had a little bit of wiggle room.
"I was able to dwell on past... experience.
"My goal today I was trying to get to 18 under, because I knew if I got to that I didn't think anyone would catch me. I played well enough to do that but didn't make many putts."
The victory was especially special for Thomas, in front of his grandparents. Grandfather Paul played in the 1960 PGA Championship at Firestone.
"They don't get to come out very often any more. This is my first PGA Tour win with them here, so it's pretty cool," the 25-year-old said after joining Dustin Johnson and Bubba Watson as three-times winners on the tour this year.
He held steady on a day when the three players who started closest to the lead all fell apart.
Rory McIlroy made three straight bogeys around the turn, carded 73 and finished seven shots behind, while Ian Poulter putted uncharacteristically poorly and was never a factor after four bogeys in the first seven holes.
A 74 left Poulter tied for 10th with Australian Jason Day, eight strokes off the pace.
Day crept within two shots after three successive birdies from the 10th hole, only to drop five shots in the next five holes and shoot 73.
The championship moves to Memphis next year, ending a long run at Firestone.
"I'm glad I finally played well around here, just in time for it to leave," said Thomas, who will head to St. Louis brimming with confidence for the PGA Championship, which starts on Thursday at Bellerive.
"I'm in a great place mentally right now. I was so patient and calm all week."