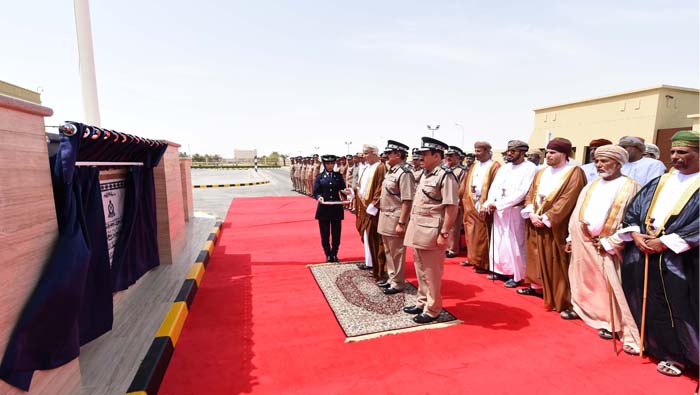 Thumrait: The Royal Oman Police (ROP) celebrated on Sunday the opening of Thumrait Police Station in the Governorate of Dhofar, within its strategy to promote services and facilitate procedures for citizens and residents.
The opening ceremony of the police station was held under the patronage of Eng. Ahmed bin Hassan Al Dheeb, Undersecretary of the Ministry of Commerce and Industry in the presence of Maj.Gen Hamad bin Sulaiman Al Hatmi, Assistant Inspector General of Police and Customs for Operations, a number of officials, senior officers of ROP and other security and military units.
The chief guest unveiled the commemoration plaque declaring the opening of the Police Station. Then, he toured the station and its facilities.
On the sidelines of the ceremony, the chief guest visited service building of Thumrait Police, where he viewed the services in the fields of passports, civil, residence, status and traffic.